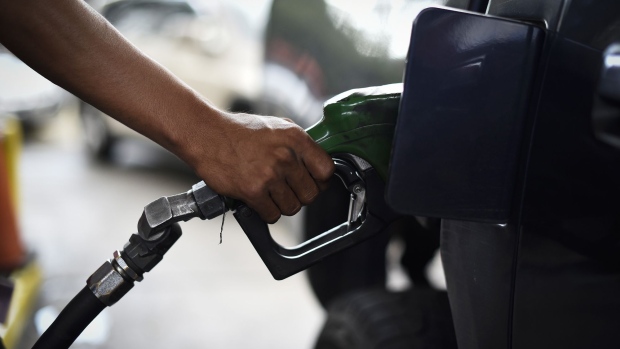 Just a few dozen of Petroleos de Venezuela SA’s 1,800 gas stations across the country will remain open and operated by the nation’s armed forces to allow medical, food and utilities’ transportation to fill up, said the people, who asked not to be named as the plan is still private.

The latest move builds on an earlier decision to militarize pumps in at least three states.

The closure comes as the country reached 70 confirmed cases of Covid-19 in two weeks, a low but rising figure that’s eliciting fears from doctors that President Nicolas Maduro’s government is unprepared to tackle a pandemic.

Gasoline deliveries came to a halt last month, worsening already existing fuel shortages that have kept Venezuelans queuing for hours -- and sometimes days -- to fill up their tanks.

PDVSA and defense ministry officials didn’t immediately respond to a request for comment.

Venezuela, once a oil production giant, has seen its output dwindle to 760,000 barrels a day and its refining capacity decrease to 15%, due to years of mismanagement, corruption, lack of investment and, lately, U.S. sanctions, imposed by Donald Trump’s administration to force regime change in the country.

Earlier this week, fuel stations in four states in the northern part of the country were closed. On Friday, stations were also shut in Portuguesa and Monagas states, according to two people.

A small number of pumps located along major highways and roads across the country remain open and people without special permits are being prevented from filling their tanks.