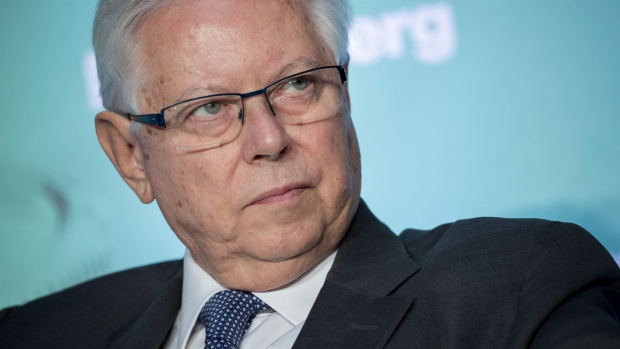 Walgreens Boots Alliance Inc. said that Stefano Pessina plans to step down as chief executive officer, a move that comes as the drugstore giant faces the pandemic and longer-term shifts in the pharmacy business.

Pessina will assume the role of executive chairman after Walgreens appoints a new CEO, the company said in a statement. James Skinner will step down as executive chairman but plans to remain on the board to help with the leadership transition.

Walgreens shares were down 0.1 per cent in premarket trading to US$40.40 on Monday. Since the start of this year, the stock had declined 31 per cent through the close of trading on Friday.

Pessina, 79, orchestrated the merger between Walgreens and Alliance Boots, the European pharmacy giant. He became CEO of the combined Walgreens Boots Alliance in 2015, shortly after completing the deal. Along with rival CVS Health Corp., Walgreens dominates the pharmacy business in the U.S., with more than 9,000 stores across the country.

Pessina owns more than 16 per cent of the Deerfield, Illinois-based company, accounting for the bulk of his US$8.5 billion fortune, according to the Bloomberg Billionaires Index.

Despite Walgreens’ mass and ubiquity, investors have been skeptical of its ability to compete in a market where insurers are squeezing pharmacies’ profits and online retailers are luring customers away from brick-and-mortar stores. The onset of the Covid-19 pandemic has only heightened those concerns.

Earlier this month, Walgreens said it would cut 4,000 jobs in the U.K. and suspend stock buybacks, citing the effects of the coronavirus pandemic on its business around the world. Traffic in its stores had fallen sharply as the virus spread, and a decline in routine and elective medical care had weighed on prescription volumes.

Over decades of deal-making, Pessina turned his family’s Italian wholesale pharmaceutical business into the largest retail pharmacy in the U.S. and Europe.

He previously ran Alliance Boots, which he acquired with KKR & Co. in 2007. The transaction came at the height of the buyout boom and underscored the difficulty of financing jumbo take-private deals, as banks struggled to find buyers for the loans to pay for the transaction.

Pessina is one of Monaco’s richest residents and has hobnobbed over the years with royalty and fellow billionaires visiting the city-state. He has received more than US$1.5 billion in dividends through his career, according to Bloomberg’s wealth index.

Walgreens’ board will start a search for Pessina’s successor, the company said. It’s unclear who might take the reins. The head of Walgreens’ U.S. business, Richard Ashworth, left earlier this year to take a job as CEO of Tivity Health Inc. after nearly 30 years with the drugstore chain.