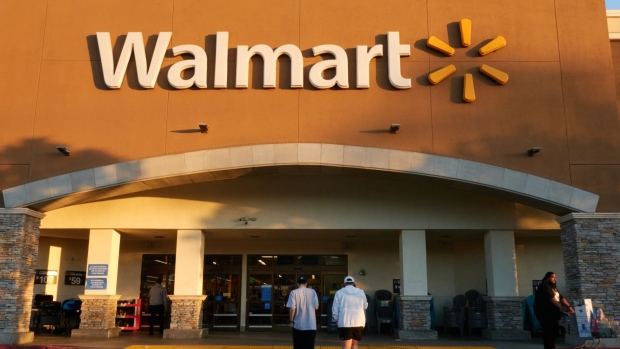 Customers outside a Walmart store in Torrance, California, US, on Sunday, May 15, 2022. Walmart Inc. is scheduled to release earnings figures on May 17. Photographer: Bing Guan/Bloomberg , Bloomberg

The largest private employer in the US has been “listening to associates across our company, representing many different viewpoints,” Chief Executive Officer Doug McMillon said Friday in an internal memo. He promised more details as soon as possible, noting “time is of the essence” following the court’s decision a week ago.

“Understanding how you are feeling and how you’d like the company to respond is critical to informing our next steps,” McMillon told employees. “We are working thoughtfully and diligently to figure out the best path forward, guided by our desire to support our associates, all of our associates.”

Walmart’s response to the ruling is lagging that of other retailers such as Target Corp., Kroger Co. and Dick’s Sporting Goods Inc., which have all said they will provide employees financial support for out-of-state travel to access abortions. Walmart’s home state of Arkansas had a “trigger law” outlawing abortions that took effect after the Supreme Court’s ruling.

A total of 26 states either will or are likely to ban almost all abortions, according to the Guttmacher Institute, a research organization that backs abortion rights.

“We know our associates and customers hold a variety of views on the issue, and this is a sensitive topic about which many of us feel strongly,” McMillon said.