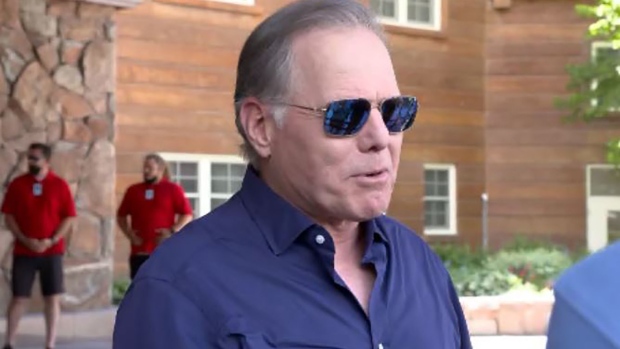 “The world has changed and it’s not about how much, it’s about how good,” Chief Executive Officer David Zaslav told reporters Tuesday at Allen & Co.’s Sun Valley Conference in Idaho.

The 62-year-old media mogul addressed changes at the company’s CNN network. The 24-hour news channel posted somewhat tepid ratings during the recent Jan. 6 hearings as it looks to reinvent itself as a channel appealing to both sides of the political aisle under its new CEO, Chris Licht.

“Chris is doing a great job pivoting CNN, journalism first, America needs a news network where everyone can come and be heard,” Zaslav said. The executive said he was more concerned with repositioning the channel than short-term viewer numbers.

“We’re not going to look at the ratings and in the long run it’s going to be worth it,” he said.

Zaslav is among several high-profile media moguls expected to descend on the mountain resort this week for the annual invite-only conference, where deals are famously hashed out behind closed doors. It’s his first time attending since his company was formed via the merger of Discovery Inc. with WarnerMedia, which was completed in April.

“I think it’s gonna be a great week -- lotta turmoil in the business,” Zaslav said. “But that means, I think, a lot of opportunity.”

He lauded rival Netflix’s experimentation with so-called appointment television, by releasing episodes of hit show “Stranger Things” in installments, rather than making the entire season available for streaming at once.

“I think we’re all going to experiment,” he said. “We gotta create more content that people will pay for before dinner, or they rush home to see. That’s our focus: great storytelling. That’s what Netflix is focused on. If we continue to do great content we’ll do great.”