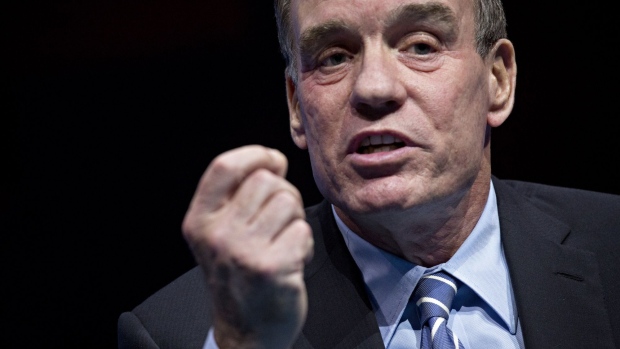 (Bloomberg) -- The top Democrat on the Senate Intelligence Committee vowed a fight on an annual defense bill Tuesday after Republicans again blocked his legislation requiring political campaigns to report foreign offers of assistance to the FBI.

“I fear the Senate is about to fail once again to protect our elections from foreign interference,” Senator Mark Warner of Virginia said on the Senate floor.

Warner said Republicans stripped his measure from an intelligence bill that’s being combined with the National Defense Authorization Act. Warner said he’ll press for a vote on whether to add his proposal as an amendment to make senators to go on record for or against it.

Warner cited President Donald Trump’s calls for Ukraine and China to investigate Joe Biden and his son, or for Russia to find Hillary Clinton’s emails in 2016.

“We are under attack from adversaries who see this new area of cyber warfare and disinformation as a golden opportunity to undermine American democracy,” Warner said. “We cannot afford to have a system that allows presidential candidates to welcome this interference with open arms.”

He noted that some Republicans said Trump was wrong to seek Ukraine’s assistance in investigating the Bidens but didn’t vote to remove him from office during the impeachment trial.

“If we can’t trust the president of the United States and his campaign to do the right thing and report foreign interference, then we need to require it by law,” Warner said.