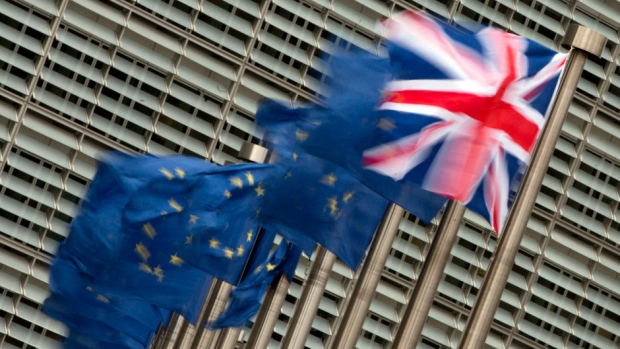 The race to build trade ties with an independent United Kingdom is in full swing as anticipation builds ahead of a speech Tuesday by United Kingdom Prime Minister Theresa May on her Brexit strategy – and a former premier says Canada is one step ahead of the United States in winning that race.

“In the case of Canada, we’re lucky. We are a step ahead,” Jean Charest, former Quebec premier and partner at McCarthy Tétrault, told BNN in an interview Monday. “We have a trade agreement with Europe including the U.K. Our federal government has already signaled publicly we are willing to continue a trade relationship, a trade agreement, with Great Britain. When that will be possible, I think we will be in a very good position to move in lockstep and very rapidly.”

Charest explained that May is not yet able to negotiate a trade deal with the United States because her country is still part of the European Union and it could be years before a deal is possible.

Charest added that the process is “a lot more complicated than just negotiating a deal” and the big question that remains for him is whether Canada should strike a U.K. trade deal together with the U.S. when the time comes.

“We can very well say to the Americans, for example, ‘We already have a trade agreement that you can borrow from, that you can be inspired from to do a broader agreement, and we should be around that [negotiating] table as a continent,’” he said.

Meanwhile, Canadian High Commissioner Janice Charette told The Globe and Mail she’s hoping to “enhance” market access after the U.K. breaks away from the European Union.

“Ultimately, I think that the U.K. is going to have a bit of realignment in terms of how we do business, and it’s not necessarily going to be good for London I don’t think,” Joshua Mahony, a market analyst with IG, told BNN Monday in an interview, noting that London was one of the areas that voted for the U.K. to remain part of the EU.

Mahony acknowledged that people who voted in favour of Brexit were expecting bilateral trade agreements with other countries around the world.

“I guess it shows who your friends are in some ways,” he said. “I think people are touting their needs to push forth the Commonwealth links we have with a number of economies and different countries – and certainly [the one with Canada] would be along those lines,” he said.

He added that while the U.K.’s ties to Canada are strong, more people are focused on Trump right now because what he says seems to “grab all the attention.”

The British pound tumbled to three-month lows Monday ahead of May’s Brexit speech and amid uncertainty around Trump, who officially becomes U.S. president this Friday.