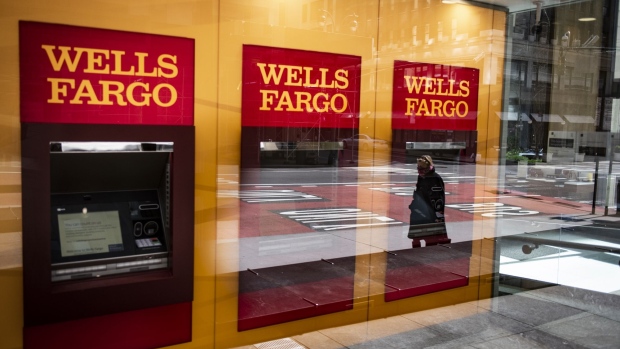 A person wearing a protective mask is reflected in the window of a temporarily closed Wells Fargo & Co. Bank branch in New York, U.S., on Friday, April 10, 2020. Wells Fargo is scheduled to release earnings figures on April 14. , Bloomberg

Levin will join the U.S. bank as a managing director based in New York in September, reporting to Randy Williamson, the people said, asking not to be identified because the information is private.

He’ll focus on advising real estate investment trusts, private companies and private equity firms, with an emphasis on office, retail, industrial, multifamily, self-storage and other non-traditional property types. Levin joined Lehman Brothers in 2003 and worked at Barclays since it took over the defunct lender in 2008.

Both Wells and Barclays have been active on REIT transactions. Wells co-advised Realty Income Corp. on its purchase of Vereit Inc., and Barclays co-advised Kimco Realty Corp. on its acquisition of Weingarten Realty Investors, both announced in April. Barclays this week also co-advised Medical Properties Trust Inc. on a $950 million deal for inpatient behavioral health hospital facilities and a stake in Springstone LLC.

Levin, a Barclays spokesman and a Wells Fargo spokeswoman declined to comment.