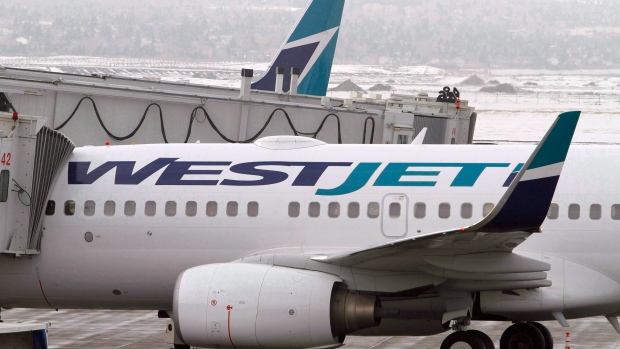 WestJet Airlines (WJA.TO) has lost another battle against unionization after the airline's 3,000 flight attendants were approved to join pilots in being represented by organized labour.

The Canada Industrial Relations Board issued an interim order to allow the Canadian Union of Public Employees to represent cabin crew members. The move by CUPE to sign up flight attendants follows the unionization of the airline's pilots who are represented by the Air Line Pilots Association.

The union had filed an application on July 10th to represent the flight attendants after a majority signed cards stating they supported joining CUPE, including WestJet's mainline carrier and low-cost carrier Swoop.

The airline also said it has until Aug. 10 to make submissions on which positions to exclude from the bargaining unit.

“We are disappointed by this outcome but respect the rights of our employees to choose their representation,” said WestJet president and CEO Ed Sims in a statement.

“We now shift our focus to working effectively with CUPE in the interest of success for WestJet as a whole.”

The union now represents about 15,000 flight attendants in Canada, which it says increases the union's ability to address industry-wide issues facing all of the country's flight attendants.

“CUPE is Canada's flight attendant union, and we're ready to hit the ground running in support of WestJetters as they push for a strong contract to make their work lives better,” stated national president Mark Hancock.

The union has “the resources, the experience, and the expertise to get WestJetters the fair treatment and improved working conditions that they deserve,” added national secretary-treasurer Charles Fleury.

The CIRB interim order does not include members of Encore or Swoop cabin crew.

The Calgary-based airline had objected to including flight attendants from Swoop, claiming it wasn't the same employer as the mainline carrier, said union spokesman Hugh Pouliot.

He said the union amended its application to exclude Swoop cabin crews to avoid significant delays in getting unionization approval. The union didn't file for representation of Encore flight attendants.

It will now work to add flight attendants from these two subsidiaries.

Swoop president Steven Greenway said flight attendants number just about 80 and are expected to grow to 130 by the end of the year when its sixth aircraft is delivered and it opens its Edmonton base.

“We really are talking on a first-named basis with most of our employees and so we'd like to keep it that way for a little bit longer if we could, just simply to start building the company, figuring out what we want to be and how we want to do it,” he said in an interview.

Swoop is a separate company from WestJet and operates independently even though it is owned by WestJet, Greenway added.

WestJet flight attendants will elect an executive and form a bargaining committee before negotiations begin.

Scheduling, long work days, compensation that restricts flying to hours in the air and a change in culture that altered how they felt treated by management are among the top grievances expressed by flight attendants, Pouliot added.

“That kind of respect from management had really begun to dissipate and an increasing feeling of not being respected and feeling disposable from management I think motivated a lot of it.”

News of the CIRB decision came hours after the airline said it had posted its first quarterly loss in 13 years.

WestJet said it lost $20.8 million in the second quarter and warned that passengers should expect to see higher fares later this year to compensate for rising fuel costs that contributed to the loss.

“I think this is the way guests now need to think is that airfares will be rising just as they did back in 2010, 2011 when we had the last major fare spike,” Sims said in an interview.

WestJet shares closed down 2.3 per cent to $17.89 in Wednesday trading on the Toronto Stock Exchange.