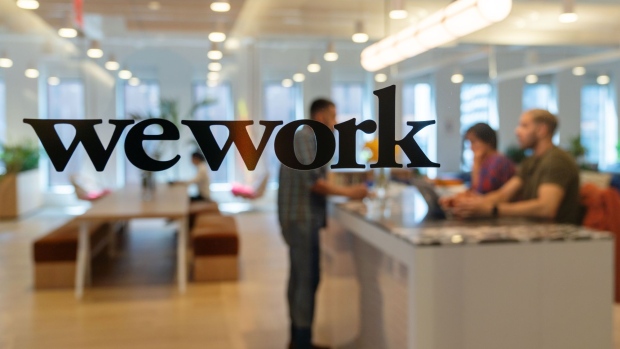 Signage is seen at the entrance of the WeWork Cos Inc. 85 Broad Street offices in the Manhattan borough of New York, U.S., on Wednesday, May 22, 2019. WeWork has become the biggest private office tenant in London, Manhattan and Washington on its way to 425 office locations in 36 countries overall. , Bloomberg

WeWork Cos. is adding a woman to its all-male board of directors as it seeks to burnish its image before becoming a public company.

The New York-based office-rental startup, which could begin a roadshow for its initial public offering as early as next week, people familiar with the matter told Bloomberg, will add Harvard Business School professor Frances Frei to its board, according to a filing made public Wednesday.

Frei previously was senior vice president at Uber Technologies Inc., where she served on the management committee that ran the company as it searched for a new chief executive officer.

WeWork also disclosed in the filing that CEO Adam Neumann returned US$5.9 million worth of partnership interests initially granted to him as compensation for trademarks used in the company’s rebranding.