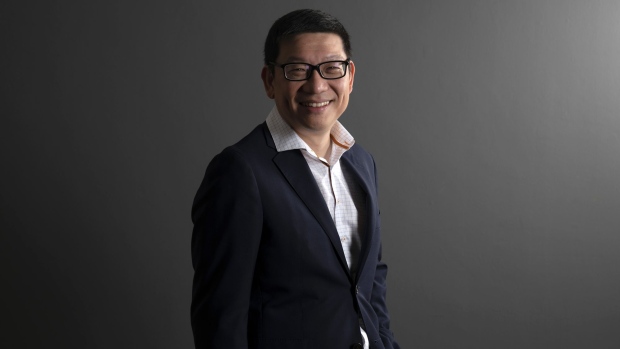 (Bloomberg) -- As if the pandemic wasn’t warping global markets enough, China’s regulatory crackdown is suddenly adding new unpredictability. So how best to invest in these strange times?

Bloomberg News spoke with institutional investors with $3 trillion in combined assets under management to ask how they’re navigating economic turmoil caused by unpredictable recoveries and China’s shifting rules, which have frozen U.S. listings and almost erased the online education sector.

Some are ramping up allocations to hedge funds -- reversing a years-long retreat -- hoping that active management can plot a path through a landscape of Covid-19 lockdowns and rebounds. Others are switching to undervalued stocks in Europe and India, avoiding the U.S.-China regulatory fracas.

All recommended heightened caution and warned of a difficult recovery ahead.

What follows is a look at their strategies.

Over the next 12 months, Singapore’s massive state-owned investor will look to companies that focus on digitization, e-commerce, cyber-security providers and increased sustainability, according to Nagi Hamiyeh, joint head of its investment group. The latter comes amid a rising tide of investors seeking to make their portfolios greener.

None of this is entirely new. Temasek and others have plowed billions of dollars into these themes for years. But where some believe it’s fully-priced, Hamiyeh said there was still room to grow.

Temasek remains bullish on China over the long term. Bets in the country account for 27% of its portfolio. Hamiyeh spoke with Bloomberg in mid-July, when China was in the midst of demonstrating its ability to inflict short-term pain. Investments in ride-hailing service Didi Global Inc. were tumbling. Since then online education providers have been eviscerated, and tensions with U.S. securities regulators have flared anew.

Still, Hamiyeh expressed optimism that valuations of Chinese companies will climb over time, even if companies aren’t able to access U.S. markets. A spokesman for Temasek later added it will continue to invest in themes including the future of consumption in China and elsewhere.

“There are other pools of capital, for example from Asia, that would use it as an opportunity,” he said. “So I wouldn’t say it necessarily affects the valuation. It will change the mix of institutional investors in these stocks.”

The firm is embedded in China with a team in Shanghai looking for real estate deals and another in Beijing hunting for private equity opportunities, according to Chief Investment Officer Jeffrey Jaensubhakij. The fund is delving into companies that focus on sustainability and technology, he said, adding that it is paying close attention to “what geopolitics forces companies to invest in.”

Regulatory pressure in China, the U.S. and the European Union have triggered volatility in markets, creating buying opportunities for GIC. If Chinese companies can’t list in America -- thus excluding a large number of potential investors –- he sees other exchanges in places like Hong Kong and Singapore as “vibrant” alternatives.

“We wouldn’t necessarily be transacting directly with a U.S. investor to take anything out of their hands,” he said, referring to buying stakes. If “prices drop and therefore our expected return on that asset moves up and becomes compelling relative to other things available to us then we naturally would look in.”

Australia’s sovereign wealth fund has pulled back from China amid the increasingly strained relationship between the respective governments, according to Future Fund chairman Peter Costello.

“This is not because the government has instructed us to do it or anything like that, but we just thought in the difficulty of the situation, that we have to be careful with sovereign money,” he said in a conference call with journalists.

Beyond politics, Chief Executive Officer Raphael Arndt said economic conditions were now ripe for a sustained increase in inflation - something that would be “very, very damaging” for returns given interest rates are effectively zero.

“We are taking steps in the portfolio to get ready for that,” he said. The fund is considering how to allocate stocks across value and quality-type strategies, recently buying stakes in wind farm operator Tilt Renewables Ltd. and Telstra Corp.’s cell phone towers.

“They’re examples of the sort of assets that we’d expect to do relatively better in that environment,” he said.

Beyond geopolitics, hedge funds are back in favor. He says the uneven recovery from Covid-19 and its sudden twists and turns mean macro matters more than before.

“For the first time in six years we’re positive on alternatives, with hedge funds being one of them,” he said. Macro and event-driven hedge funds  -- the latter fueled by the rise in merger and acquisitions -- are now a viable way to anchor portfolios with negative correlations to other assets.

While most of his peers believe inflation is transitory, Ruiz believes it’s stickier than people think. His reasoning is underpinned by high cost of shipping and increased wages as well as a lack of workers as countries attempt to produce more key goods at home.

To find good picks that can survive different stages of cycles he’s skipping metrics like return on equity.

“I go sector by sector and see who has been able to keep higher gross margins,” he said.

For Norges Bank Investment Management CEO Nicolai Tangen, a former hedge-fund manager who’s been running Norway’s giant sovereign investment vehicle for almost a year, rising inflation could hit both its bond and stock market holdings. Because of its massive size, it has few options but to “sit through it.”

Despite plans to sell down various assets over environmental, social and governance concerns, Tangen told Bloomberg Television that ESG and regulatory concerns were not necessarily reasons to cut back in China. The country accounts for 5% of its allocations.

“We have large positions there and we really believe in a lot of those business models,” he said, using technology companies an example.

Smart industrial technology that can transform supply chains, contracts and transactions are targets as are providers of driverless technology, having already staked NIO Inc. and Li Auto Inc. In health care it’s sifting through companies that provide early diagnostics, screening and monitoring devices.

It’s generated internal rate of returns of 45% as of December, the company said, and invested in 122 companies. Now Bao’s mandate for investing is to focus on growth stage companies, investing in about 10 companies a year.

“We’re in different times,” he said. “It is essential as a private equity investor to understand and anticipate these profound fundamental changes.”

For Stephane Monier, chief investment officer at Lombard Odier, banking, auto and energy stocks should perform well over the coming months while European equities in particular trade at a discount to U.S. peers. He predicts that increased funding from overseas investors into the region’s equities and higher rates of vaccination could fuel growth in Europe in the third quarter.

Longer term, the bank continues to be bullish on China. Monier is planning to increase the fund’s China equity exposure by one percentage point to 4% as regulatory turmoils ease -- a figure that doesn’t include its indirect exposure to China via emerging-markets indexes. He expects it could take about six months for the dust to settle.

“The Chinese central bank will have a more accommodative stance. We don’t think there will be risk of monetary tightening in the short future,” Monier said. “We think a large portion of the needed regulatory adjustments are now behind us.”

While the increase in Chinese shares could include Chinese companies listed in the U.S. via ADRs, he sees them becoming “less and less relevant” compared with those listed in Hong Kong and mainland China over the medium to long term.

Looking for an alternative to China? Hong Kong-based DWS APAC Chief Investment Officer Sean Taylor says the time is ripe to invest in selected Indian-listed IT service providers. Sales and profit in those companies are less dependent on domestic consumption or as affected by lockdowns because their clients are often in western markets.

“They’re having a re-rating relative to Chinese and U.S. peers because they’re quite cheap,” he said. “As we see more of a pickup in India we will probably allocate more to financials and recovery plays.”

Taylor remains relatively bullish on some Chinese sectors over the longer term. But where Lombard’s Monier thinks it could be six months before China’s regulations get largely sorted out to the point where investors can see the lay of the land, Taylor predicts it will continue to be tricky for longer.

“We thought it’d damp down at the end of this year but I think it’ll continue for another year or so,” he said.