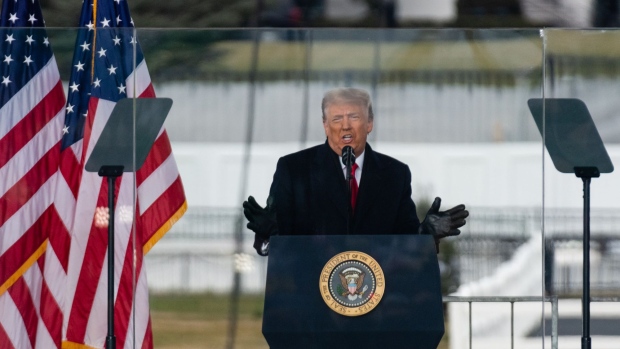 (Bloomberg) -- The White House once again said it wouldn’t support former President Donald Trump’s assertion of executive privilege over a tranche of records related to the Jan. 6 insurrection, and ordered the National Archives to turn over documents to congressional investigators within 30 days.

President Joe Biden concluded that Trump’s efforts to shield the documents was “not in the best interests of the United States,” White House counsel Dana Remus said in an Oct. 8 letter to the National Archives.

“Accordingly, President Biden does not uphold the former president’s assertion of privilege,” Remus wrote in the letter, posted to the White House website on Wednesday.

The letter is the second from the White House ordering the release of documents from the Trump White House, after the former president wrote asking that they be shielded.

Trump said the request from the House panel investigating the insurrection at the U.S. Capitol was “extremely broad” and could contain information protected by executive or attorney-client privilege. Trump also indicated he could initiate a legal challenge in hopes of halting the release.

The request included all records and communications tied to Trump on Jan. 6, his public remarks at a rally outside the White House, as well as his Twitter logs and meetings and events he attended. The panel also requested all photographs, videos and other media, including any digital time stamps, taken or recorded within the White House that day, as well as visitor logs.