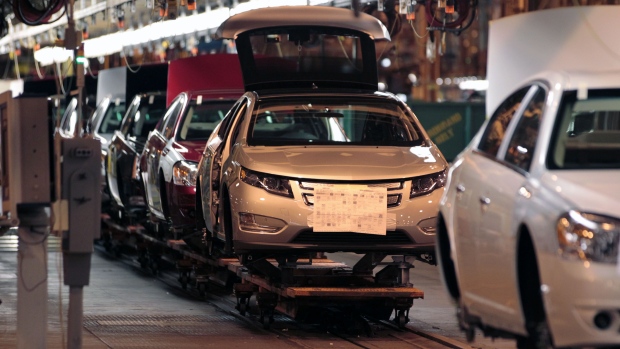 The Trump administration on Thursday sought to get ahead of what is expected to be an underwhelming independent government estimate of the economic impact of a new NAFTA by publishing its own study of the benefits of changes to auto production rules in the new pact.

President Donald Trump has portrayed a new U.S.-Mexico-Canada Agreement he negotiated as a replacement for NAFTA as likely to lead to a rush of new investment and jobs in the U.S. and an end to the outsourcing he and others have blamed for a hollowing out of American manufacturing.

But a congressionally-mandated study by the International Trade Commission due to be published as soon as Thursday is widely expected to show that the USMCA negotiated by the Trump administration would have a modest impact on the U.S. economy. A study released last month by researchers at the International Monetary Fund employing a similar model to the ITC’s found the new pact would have “negligible’’ impact on U.S. gross domestic product and lead to a reduction in regional trade.

In briefings with reporters on Thursday, a senior official with the Office of the U.S. Trade Representative said the ITC is likely to underestimate the impact of changes in the USMCA including new strict production rules for automobiles that are designed to force automakers to invest more in the U.S.

To reinforce that point it released its own analysis in which USTR said that the USMCA would lead to US$34 billion in new automotive investment in the U.S. and 76,000 new jobs in the sector in the first five years. Included in that figure were US$15.3 billion in new investments in the U.S. announced already by automakers including General Motors Co., Ford Motor Co. and Fiat Chrysler Automobiles NV.