Whitecap Resources Inc., a Canadian conventional and shale driller, plans to increase natural gas activity in the second half of the year to capitalize on a surge in prices, Chief Executive Officer Grant Fagerheim said.

The Calgary-based company will increase its gas-focused capital program, Fagerheim said Wednesday in a phone interview. The plan to drill for more gas comes after Alberta prices for the commodity surged to more than US$6 per million British thermal units, the highest since 2014.

Whitecap announced a record $652 million (US$507 million) in profit for the first quarter on Thursday as high energy prices more than offset cost inflation. The company said it expects to bring net debt down to $800 million by the end of the second quarter, “providing us with significant financial flexibility to increase shareholder returns.” 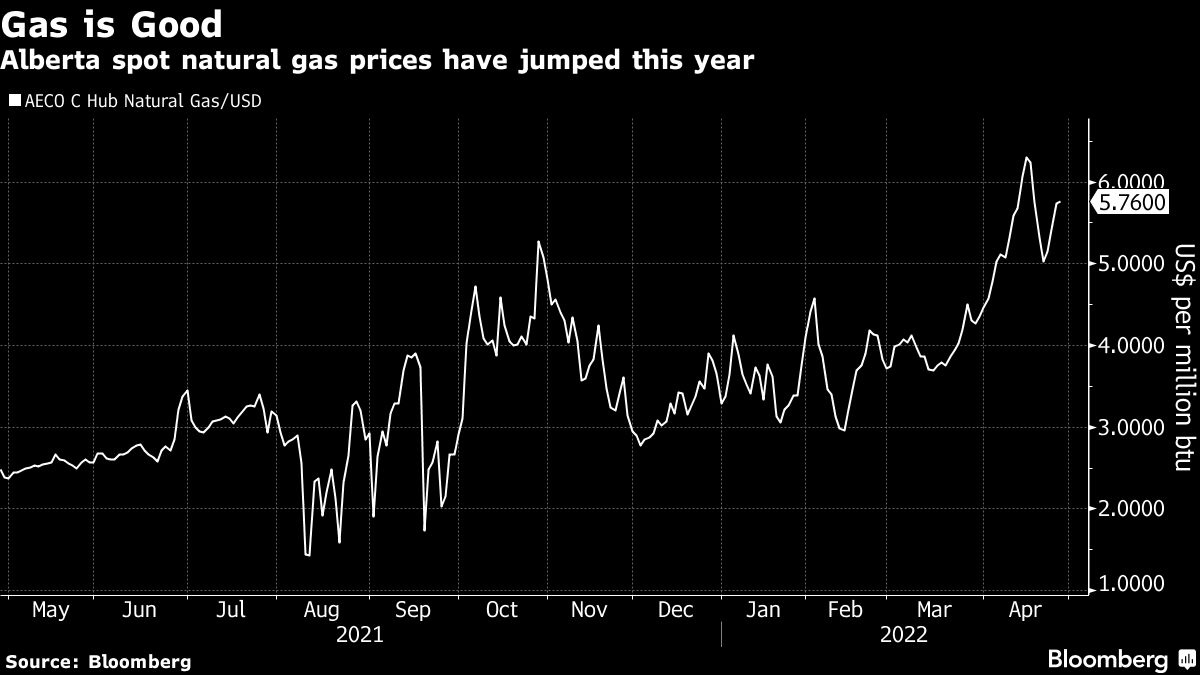 Natural gas represented about a quarter of Whitecap’s hydrocarbon production last year. The company’s 2022 capital plan is focused on targets in northern and central Alberta and the neighboring province of Saskatchewan.

Gas prices have surged this year along with oil as Russia’s invasion of Ukraine has prompted countries to seek alternatives to Russian energy supplies. But Whitecap and other producers face challenges in accelerating drilling activity, including a 10 per cent to 15 per cent increase in costs due to inflation and related logistical disruptions, Fagerheim said in the interview.

At the same time, Canadian energy companies are paying down debt and returning their cash windfall from high prices to shareholders.