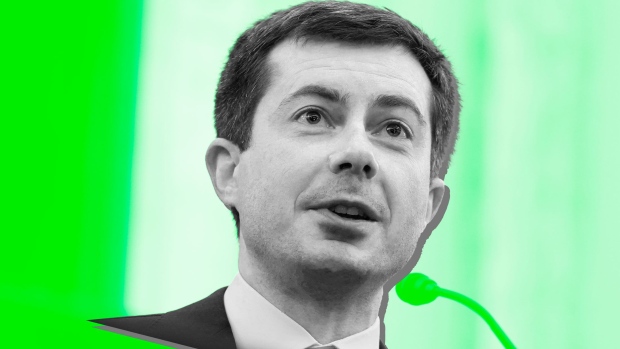 (Bloomberg) -- Past presidents—even progressive ones—have viewed climate change as a problem for the future. President Barack Obama, for example, “took the view that climate change was a moral issue,” said Jeff Burnam, an adjunct professor at American University who previously served as a senior legislative staffer in the U.S. House and Senate. “At the time, that was the idea—what are we going to do about our children?”

Especially following a year when wildfires caused record levels of destruction along one U.S. coast while hurricanes pummeled another, President Joe Biden doesn’t have that luxury. Already he’s assembled an unprecedented team of White House climate advisers and installed climate experts in roles that haven’t typically been thought to require environmental expertise, a sign that environmental policy will be central to his administration’s agenda.

Here’s a brief guide to who’s on Biden’s team and what they’re doing there:

In 2015, as Secretary of State under Obama, Kerry helped secure passage of the Paris climate agreement. In his new role under Biden, Kerry will be back in the Cabinet—plus, he’ll have a seat on the National Security Council, a first for the group dedicated to advising the president on the nation’s biggest threats. As climate envoy, Kerry will be the global face of the U.S.’s climate agenda, charged with making sure the world sees the U.S. as a leader on climate again.

As head of the Environmental Protection Agency, McCarthy signed the Obama administration’s Clean Power Plan, which set the first national limits on carbon pollution from power plants but was blocked from going into effect by the Supreme Court and later became a bogeyman of the Trump administration. She’ll play the U.S. counterpart to Kerry’s international efforts.

During her confirmation hearing before the Senate Finance Committee, Yellen called climate change an “existential threat” to the U.S. economy, which stands to take a 10.5% hit by 2100 if emissions keep increasing. She told senators she’d create a special hub within the department dedicated climate-related financial risk and appoint someone at a “very senior level” to lead it.

See also:Didem Nisanci, Treasury Department Chief of Staff (Before joining the administration, Nisanci was the global head of public policy for Bloomberg LP, the parent company of Bloomberg News.)

Granholm’s climate track record is already long. In 2007, as governor of Michigan, she created the Michigan Climate Action Council, which was tasked with developing a set of recommendations for the state to reduce its greenhouse gas emissions gird its economy against the effects of warming. Two years later, she worked with the Obama administration to coordinate the auto industry bailout, which included a plan to cut greenhouse gases by steadily raising fuel efficiency standards to a target of 54.5 miles per gallon for new vehicles by 2025.

Deb HaalandSecretary of the Interior

Barely off her freshman term in the House as a representative from New Mexico, Haaland will become the first Native American Cabinet secretary if she’s confirmed. As the top official for the country’s public lands, Haaland would oversee a key focus of the administration’s climate policy. Biden is expected to expand on a previous order suspending new oil and gas leasing and drilling permits for public lands and waters, directing his agencies to determine whether that could be made a permanent ban.

While running for the Democratic nomination in 2020, Buttigieg said he’d restore Obama-era vehicle emissions standards; now, assuming the Senate approves his nomination as Transportation Secretary, he’ll have the power to do just that. The Department of Transportation governs many facets of U.S. infrastructure, including public transit and road construction, putting him at the forefront of climate resilience efforts, as well.

As head of the North Carolina Department of Environmental Quality, Regan facilitated a multi-billion-dollar coal ash cleanup, ordered chemical companies to prevent so-called “forever chemicals” from contaminating the Cape Fear River, and established an environmental justice advisory board, all in a state that voted for Trump in 2020 by a margin of more than 100,000 votes. That determination and willpower will help him in his next job—if confirmed, he’ll be responsible for reenergizing the agency, which struggled with attrition and ideological clashes under Trump.

Criswell led New York City’s response to the coronavirus pandemic as its commissioner of emergency management. As of mid-December, FEMA had responded to 125 official declarations of emergency in 2020, up from 15 in 2019. Criswell must be confirmed by the Senate before starting work.

Deese served in a number of roles in the Obama administration, including as a climate adviser and as deputy director of the NEC. After Obama left the White House, Deese became the global head of sustainable investing at BlackRock, an association that rankles some environmentalists; despite Chairman Larry Fink’s pledge to put sustainability at the center of the firm’s investment strategy, it remains the world’s largest backer of fossil fuel projects. Deese will be in charge of the jobs part of Biden’s climate and jobs agenda.

Brenda MalloryChair of the White House Council on Environmental Quality

Mallory was most recently the director of regulatory policy for the Southern Environmental Law Center, an advocacy group aimed at protecting the environment and citizens of the south. Before that, she was acting general counsel at the EPA and helped lead the Climate 21 Project, a policy memo put together by more than 150 people with government experience giving recommendations to the Biden administration on tackling the climate crisis.

Glick has already served on the FERC board; before that, he was vice president for government affairs for Spanish utility giant Iberdrola’s U.S. renewables business and director of government affairs at U.S. power giant PacifiCorp. As leader of FERC, once confirmed, he’d be responsible for approving natural gas infrastructure and overseeing electricity markets, making him a key player in Biden’s effort to achieve a clean electrical grid by 2035.

Lander is best known for co-leading the Human Genome Project, the international research initiative that succeeded in building the first map of human DNA in 2003, and was co-chair of the President’s Council of Advisors on Science and Technology during the Obama years. The OSTP has in the past been primarily focused on nuclear technology, so the nomination of a life scientist to lead the office (he still has to be confirmed) is yet another demonstration of the Biden’s administration’s deliberate shift toward climate and related issues.

As Washington, D.C.’s one-time top transportation official, Marootian helped broker a joint agreement between Connecticut, Massachusetts, Rhode Island, and the District of Columbia signed in 2020 to reduce pollution related to transportation over the next decade and invest in clean transportation. He also worked as the White House liaison for the Department of Transportation under the Obama administration.

Arnold is a professor of chemical engineering, bioengineering, and biochemistry at the California Institute of Technology, and won the Nobel Prize in Chemistry in 2018 for her work using direct evolution to design new enzymes. Zuber coordinated efforts to combat climate change at the Massachusetts Institute of Technology, where she was also vice president for research. Neither has previous experience in politics, although Zuber once led a NASA mission to examine the moon’s gravitational field.