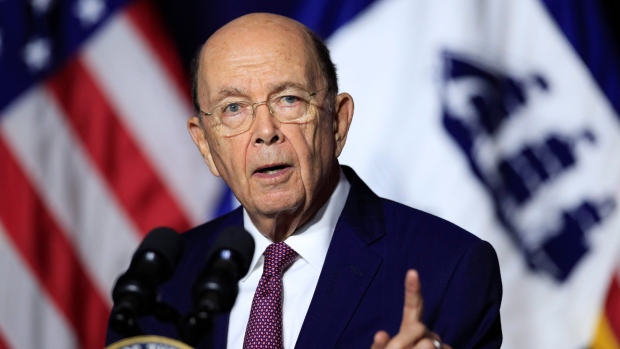 U.S. Commerce Secretary Wilbur Ross opened a hearing on his investigation of auto imports on national security grounds by seeking to dispel the notion that the Trump administration has already made up its mind.

“It’s clearly too early now to say if this investigation will ultimately result in a Section 232 recommendation on national security grounds, as we did earlier with steel and aluminum,” Ross said Thursday in Washington. “But President Trump does understand how indispensable the U.S. automobile industry is.”

Commerce’s public hearing on the probe was initially to last two days, but the department decided last week to shorten it to just Thursday. The move indicated the administration was struggling to find supporters willing to publicly defend the notion that vehicle and parts tariffs are needed to protect national security, Adam Posen, president of the Peterson Institute for International Economics, told reporters earlier this week.

“This is a show trial,” Posen said at a roundtable with a Toyota Motor Corp. executive and other industry representatives on Tuesday. “This is something where they’ve predetermined both the verdict and the schedule on which the verdict would be read and they’re going backwards to fill it in.”

Posen’s comments highlight a growing sense in auto industry and trade policy circles that it’s a foregone conclusion the Trump administration will erect higher barriers for autos and parts, and that Thursday’s hearing will amount to little more than a spectacle. A roster of more than 40 auto industry and government representatives speaking at the hearing expressed near-universal opposition in written comments submitted weeks earlier.

John Bozzella, the president of the Association of Global Automakers, told reporters on Tuesday that he views the survey as a signal that the Commerce Department “didn’t have a case when they announced the investigation, and hasn’t found a case in the significant number of substantive comments,” which were overwhelmingly opposed to the investigation and to potential tariffs.

“My sense is that they are still looking for a case,” Bozzella said.

Commerce has until February to report its findings to Trump, who has the final say on any tariffs. The probe covers imports of automobiles, including SUVs, vans and light trucks, as well as auto parts. The administration is reviewing the security impact under Section 232 of the 1962 Trade Expansion Act, the same provision the president used to impose steel and aluminum tariffs.

--With assistance from Andrew Mayeda.