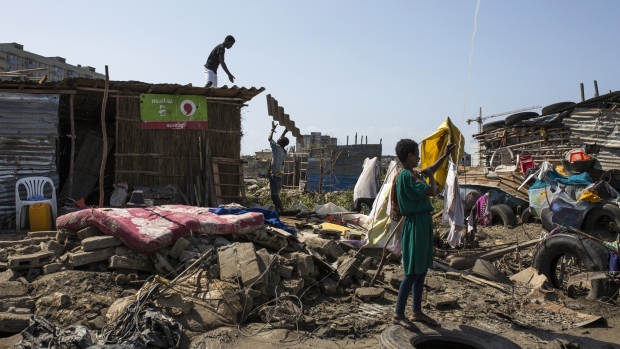 Men work to repair the damaged roof of a small shop while a woman hangs clothing to dry amongst debris from damaged buildings following the cyclone in Beira, Mozambique, on Thursday, March 28, 2019. , Bloomberg

The World Bank said it will provide US$545 million of grants to help three southern African nations recover from the effects of Cyclone Idai.

Mozambique, which was hardest-hit by the storm, will receive US$350 million to reestablish water supplies and rebuild other damaged public infrastructure, the Washington-based lender said in an emailed statement on Friday. Neighboring Malawi will get $120 million and Zimbabwe the remainder, it said.

Idai struck southern Africa in March and left more than 1,000 people dead. An assessment is under way to determine what funds are needed to address the impact of Cyclone Kenneth, which struck Mozambique last month, the bank said.