The global economic slump won’t be as sharp as previously feared this year, though the recovery is losing pace and will need support from governments and central banks for some time yet, according to the OECD.

The world economy will shrink 4.5 per cent this year, less than the six per cent forecast in June, the Paris-based institution said on Wednesday, upgrading its outlook in response to rebounds in activity since lockdowns ended. There were big revisions for the U.S. and the euro area, as well as China, which is now forecast to grow modestly, the only Group of 20 country with such a prospect.

The world has 'a unique opportunity' to go greener: OECD chief economist

While that initially strong pickup means the 2020 number looks a little less grim, the pace of the recovery is now fading, and output in many countries will still be below its pre-crisis level at the end of 2021. There’s also a risk of long-lasting damage to economies, as well as bankruptcies and job losses.

Amid such dangers, the OECD said governments and central banks will need to continue to provide support into 2021, after huge efforts this year that have bloated balance sheets and stretched fiscal budgets.

But it added that assistance programs must evolve as growth picks up, allowing money to be better targeted at protecting businesses and jobs in sectors with a viable future. That echoes comments from the Bank for International Settlements on Monday, which said the challenge is to support companies without creating “zombie” firms that damage economies in the longer term.

While the OECD upgraded the global outlook, it also made huge downward revisions to a number of emerging markets. India’s economy will shrink 10.2 per cent this year, almost three times the previously forecast, while Argentina, Mexico and South Africa will also suffer more than predicted in June.

The OECD said there’s still huge uncertainty about the outlook, and its latest projections assume continued sporadic outbreaks of the virus along with targeted local interventions. The new forecasts compare with its “single shock” scenario in June, which was based on no second wave of COVID-19. 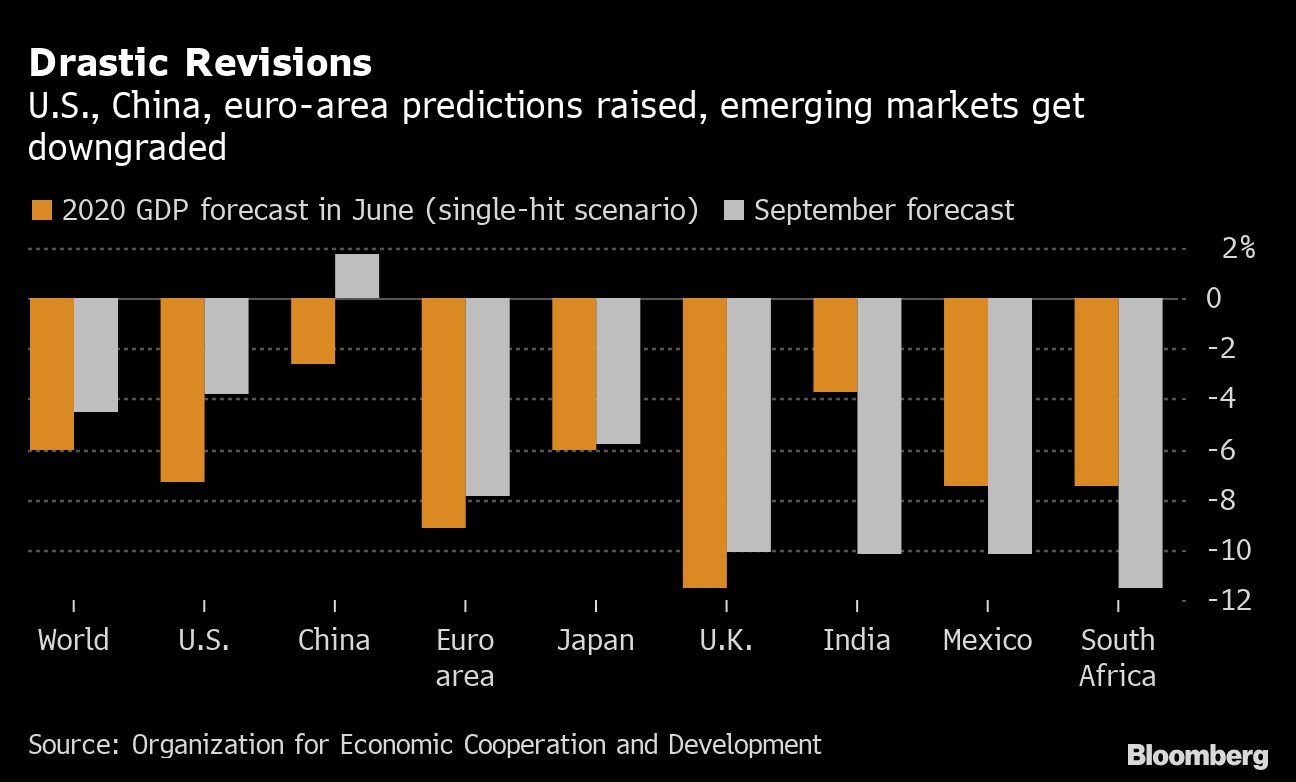