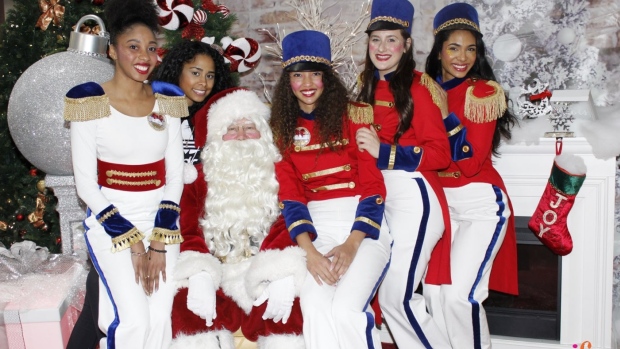 Many use the holidays as a time to make a bit of extra cash, but for this particular seasonal gig, it helps to really, really love Christmas.

That’s according to Ayesha Khan, who works at the Jane Finch Mall in Toronto, Ont. alongside Santa Claus on a Christmas-themed set, where she can be found sporting a Nutcracker-inspired “drummer girl” outfit entertaining and tending to children.

“Maybe you don’t have to love Christmas, but if you don’t you might go a little crazy,” Khan said in an interview with BNN Bloomberg.

Khan, 24, has taken on the seasonal gig for the last five years but said she doesn’t do it for the money anymore, since she has another job working for her local city councillor. She doesn’t even keep the tips she receives from parents (all tips are collected and go towards local families in need).

“I’m only doing this job now not even because I have to anymore, but because I love it so much. I wouldn’t trade it for the world,” Khan said.

“It’s not a job you can leave not smiling.”

Below, Khan explains how she deals with all the innocent questions (how could Santa ever possibly fit down a chimney?), whether the level of festiveness can feel overwhelming, and what children typically wish for. 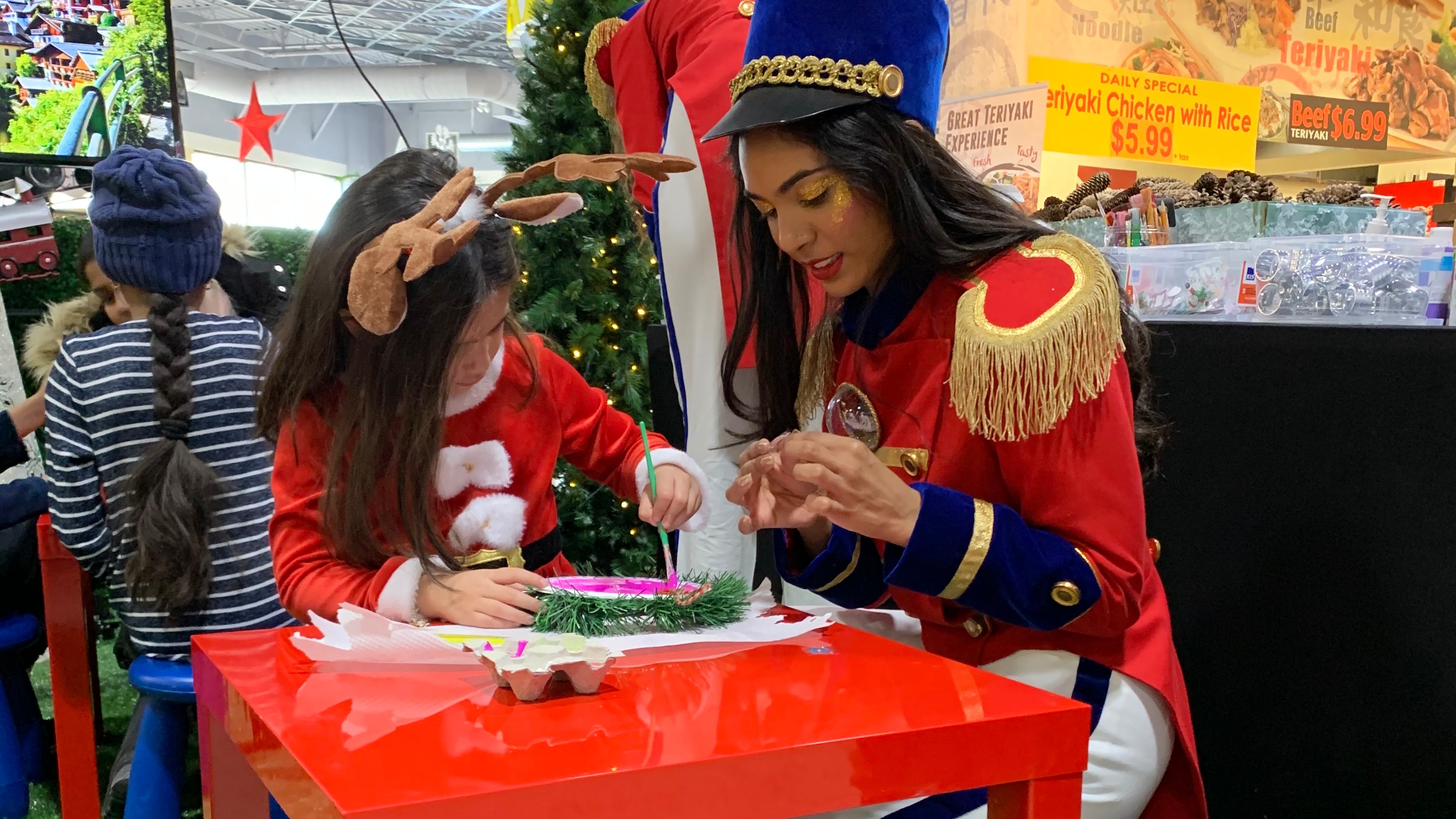 Q: How did you land into this work?

A: My boss’s sister works with my mother. She was looking for someone who was young and fun and energetic and would be comfortable dressing up in a costume, and she thought of me. I’ve volunteered with children at numerous summer camps. I’ve taught kids about solar power, helped them with their bicycles.

Q: What do you love about the job?

A: It’s very rewarding to work with children. They enjoy the pretense, the performance of it. They love talking to an elf or a fairy or a drummer girl. It really makes them happy.

And just the sensory experience of being so immersed in Christmas, it makes the season special. You’re kind of forced to think of it as special because you’re around that set that whole time. You can’t really tune out the holidays. 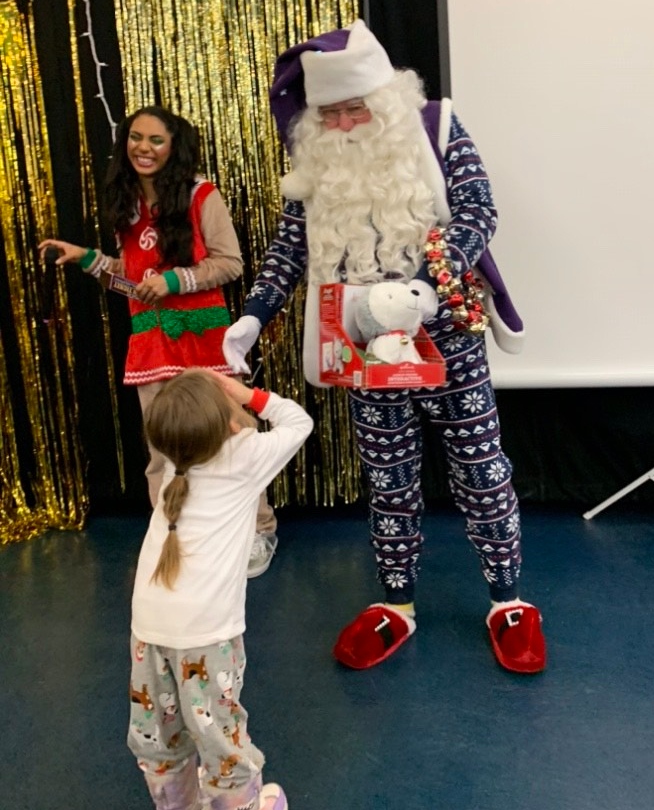 A: A lot of times it does, because our traffic is so high. We’re doing comparable volume to a mall that’s open 12 hours within three hours. That’s four hours of work every hour.

Q: What qualifications do you need to do this work?

A: You definitely need to have retail or sales experience. It really helps if you’re used to interacting with a high volume of people. You cannot do this job and not like people. Administrative experience is helpful when it comes to the registration process, and we compile data as well. Experience working with kids is a huge plus.

For Santa himself, he has to go through a police check. My employer has to be careful with who they’re hiring because they’re working with children.

Q: What kind of training do you have to go through?

A: At the beginning of the season we all have to go through special training in which we go over popular questions that kids might ask and how to give a proper response.

For instance, if they ask what Santa does if they have no chimney, we say he has magic dust that makes a chimney appear. If they ask how the reindeer fly, we say he gives them special Christmas corn. 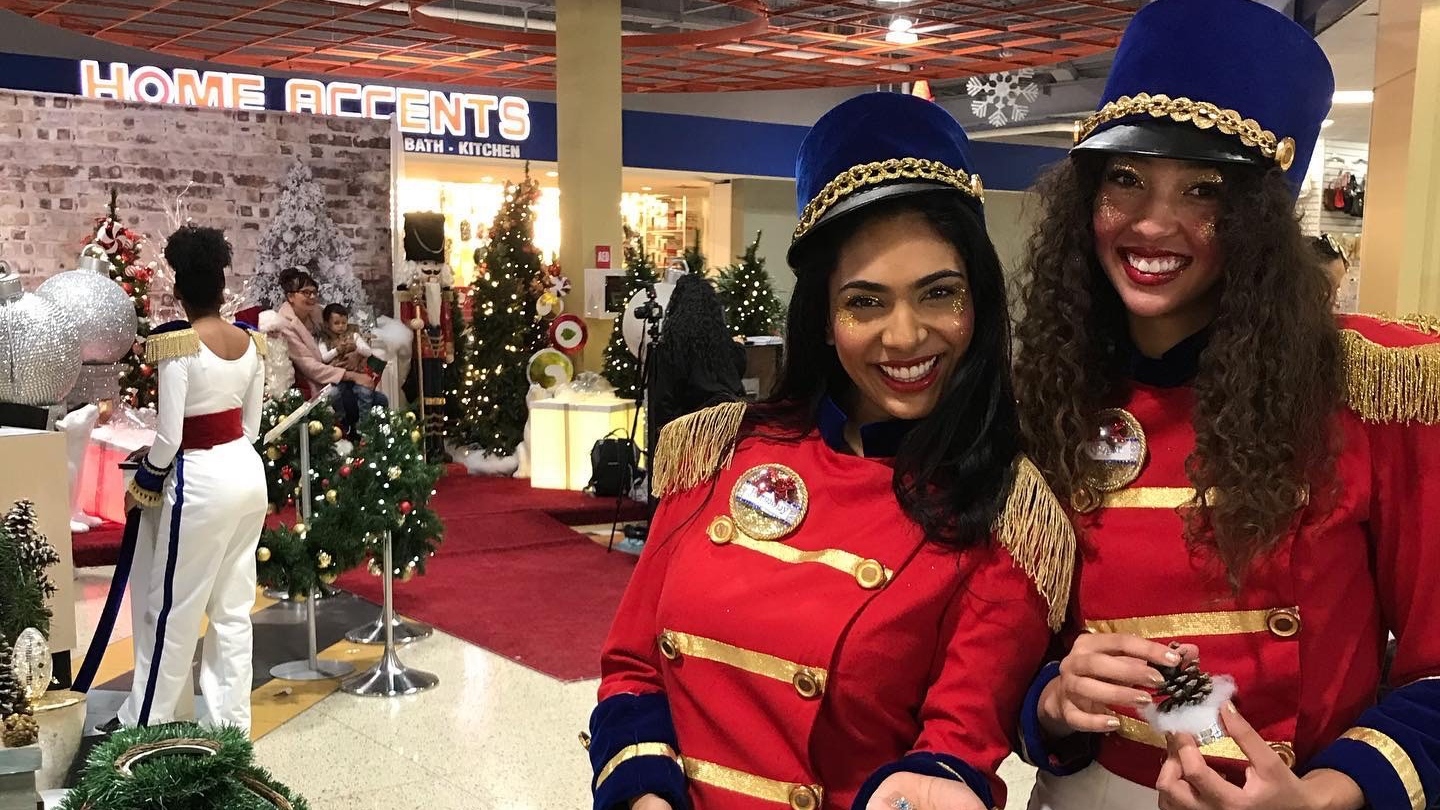 Q: What’s the most challenging aspect of the job?

A: The goodbye. With my neighbourhood specifically, we see a lot of repeat children, so I get to basically watch these kids grow up. And never more do I get to interact with them then when I’m doing this job. They love coming to the set. They write me letters telling me about their wishes or what they’re thinking about. We’re a pillar of the community. It’s hard not to take that seriously.

Q: What do the kids typically wish for?

A: Most of the time they keep it between them and Santa, so I’m not exactly privy to that. They do ask us stuff, though. Mostly, their desires are simple. They just want happiness. Sometimes they’ll ask for something to go well. At that point, you petition them to believe in their own merits. You tell them to really believe in themselves. And it works, they smile.

This interview has been edited and condensed for clarity. All images courtesy of Ayesha Khan/Raw Visuals.