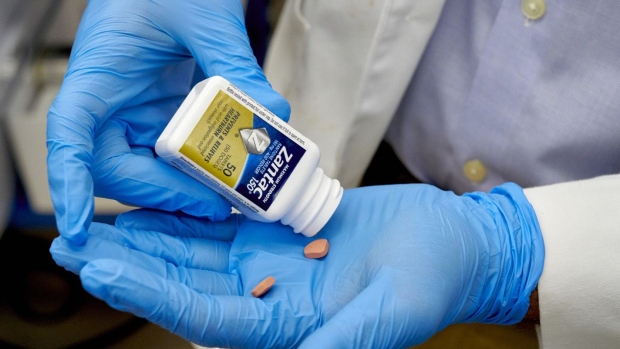 (Bloomberg) -- GSK Plc and Sanofi surged after a US judge rejected the scientific evidence behind claims heartburn drug Zantac can cause cancer, meaning the drugmakers don’t have to face more than 5,000 lawsuits.

GSK shares rose 16% in London trading and Sanofi gained 8.8% in Paris. The UK drugmaker welcomed the dismissal, saying the ruling slapped down “unreliable and litigation-driven science.”

District Judge Robin Rosenberg in West Palm Beach, Florida, concluded that consumers used flawed science to back up lawsuits filed in federal court blaming Zantac for causing a variety of cancers. Rosenberg on Tuesday found plaintiffs’ experts couldn’t show legitimate links between the product and the diseases, which include lung, liver and kidney cancer.

The ruling brought relief for GSK and Sanofi but the stocks didn’t fully recover from the Zantac-related tumble they took in August. Sanofi still traded 6% below its early August peak and GSK about 9% lower.

Haleon Plc, the consumer unit spun off by GSK this year, also surged in London as a Barclays analyst called it “investible again.”

“We have felt that while the basis for such litigation was a weak one, given the product’s prior withdrawal from the market,” Tim Anderson, an analyst at Wolfe Research, wrote in a note. “Both stocks are in better shape now.”

The lawsuits by former Zantac users against a group of branded and generic drugmakers that made the now-over-the–counter heartburn medicine over the years had been gathered before Rosenberg for pre-trial information exchanges and rulings. Pfizer Inc. is also among the drugmakers involved. Other cases have been filed in state courts around the US.

Plaintiffs argued the companies knew the drug’s active ingredient, ranitidine, degraded and turned into the potential carcinogen NDMA under certain conditions. In 2020, the US Food and Drug Administration asked companies to remove all ranitidine-based drugs from the U.S. market after some versions were found to be contaminated with NDMA.

Rosenberg said plaintiffs’ scientific experts used “unreliable methodologies to conclude ranitidine degrades into NDMA inside of the human body,” according to her ruling. Her decision also applies to about 50,000 unfiled cases also covered by the so-called multi-district litigation (MDL), according to court filings.

In August, Morgan Stanley analyst Mark Purcell estimated total damages from the Zantac litigation could reach $45 billion. That caused shares of companies that made the product over the years to plunge. Other analysts, including Bloomberg Intelligence’s Holly Froum, concluded the companies faced a much-lower risk of as much as $6 billion in damages.

The pharma companies’ troubles aren’t over. Consumers’ attorneys said earlier this year they expect an additional 50,000 Zantac suits to be filed in state courts in places such as California, Illinois and Delaware. Rosenberg’s ruling means the focus of the litigation over the heartburn medicine will now shift to California, where the first trial of cancer claims is set for February.

Zantac hit the US market as a prescription drug in 1983 before transforming into an over-the-counter heartburn treatment in 1995. GSK and Warner Lambert developed it as part of a joint venture and the drug was owned by several companies through the years before Sanofi, which acquired it in 2017.

Another company that was hard hit by concern over the lawsuits was Haleon. The stock tumbled 13% during the summer rout, even though it said it wasn’t party to the litigation proceedings and had never marketed the drug in any form in the US. It surged as much as 9.1% in London Wednesday.