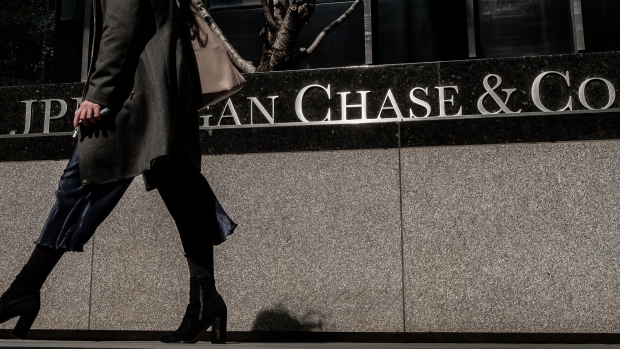 JPMorgan Chase & Co. froze hiring across most of the firm as millions of people stay at home to help stem the spread of the coronavirus, according to people familiar with the matter.

The bank asked managers in businesses including the corporate and investment bank, the consumer unit, and the asset- and wealth-management group to review job postings and pull listings for roles that don’t need to be filled immediately, said the people, who asked not to be identified discussing the private plans.

The global hiring restrictions are a reaction to uncertainty about the direction of the global economy and logistical challenges related to arranging in-person interviews with job candidates, the people said.

JPMorgan, the biggest U.S. bank, also delayed bringing new recruits into the bank until April 20, but will pay new hires from their original start dates, another person said.

The pause comes as the rapid spread of the coronavirus that’s killed more than 15,000 people globally has prompted governments to restrict large gatherings and lock down borders, fueling predictions of a global recession and upending daily routines for millions of people.

Some JPMorgan operations such as home lending, where business has ramped up due to low interest rates, are excluded from the freeze, the people said.

JPMorgan said last week it would temporarily shut about 1,000 of its branches across the country -- about 20 per cent of them -- and has shortened operating hours at those that remain open.