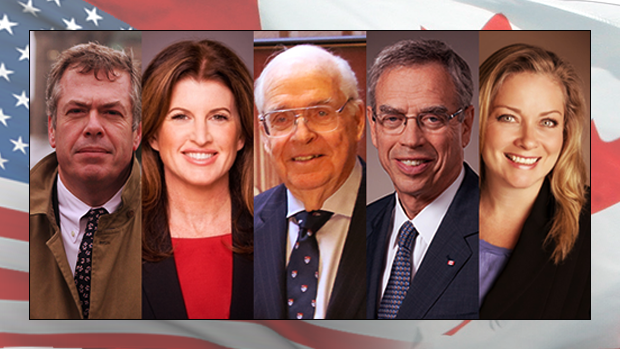 While the U.S. has already laid the groundwork for what its bringing to the negotiating table in upcoming NAFTA talks, Ottawa has been keeping quiet about its own objectives.

The first round of negotiations are set to begin in Washington, D.C. on August 16 and a second round is slated to begin Sept. 10 in Mexico. The Trump administration unveiled its first set of priorities last month, revealing they would target Canada’s telecom and banking sectors, as well as the country’s agriculture and auto industries. But Finance Minister Bill Morneau has said there’s no “huge advantage” to reveal Canada’s strategy just yet.

Below, BNN has compiled a list of what business leaders and other experts have had to say about Canada’s stance heading into NAFTA re-negotiations.

“I don’t think there’s anything wrong with Canada waiting in the weeds and watching and observing for now. Because we now know what the Americans’ starting point is…There’s been a lot of negotiations behind the scenes in terms of consultations with industry across Canada. Lots of feedback has been provided to the Canadian government, which is the important thing to do.”

“I think the real risk to us is on the political side…President Trump has made a lot of promises. So he has a lot on the line. I think one of things I hope happens is that these negotiations are driven at the highest political level.”

“I think you have to set out your basic objectives, and if there are certain things that they’re asking for that are red lines, I think it’s important for us to convey that. Also, the government has a responsibility to communicate to Canadians what its overarching objectives are. We don’t have to divulge all our negotiation tactics of course, and there’s no need to do that. But we’ve got to show that we are coming in here strong."

“This is not a negotiation in which the Americans present Canada and Mexico with a list of unilateral concessions. This should be a negotiation about mutual benefit for all three parties – and at a minimum, I think that that’s a message Canada, as well as Mexico, should be conveying…The sooner the Canadian government responds with a forceful message of its own, the more we are going to be credible at a negotiating table.”

“We will be providing advice the government in terms of the negotiations and thinking about a variety of sectors from a variety of perspectives, and just trying to make sure we get the very best deal we can. This is our most important trade agreement…I think it’s critical for us, for the whole continent, that we put an agreement together that makes a lot of sense, that doesn’t add a lot of costs, that is modernized, and that really works well for all of us to encourage trade on the continent.”

“I think there’s actually risks to us. The risk is [Trump] will look for some easy wins that he doesn’t have to go to legislature about. And trade could be one of them…Canadians tend to be boy scouts generally on this stuff. We want our tough arguments, we want to make sure all the i’s are dotted, t’s are crossed. But if you’re dealing with a maniac at the other side, there’s no guarantee that that buttoned-down approach is going to work.”