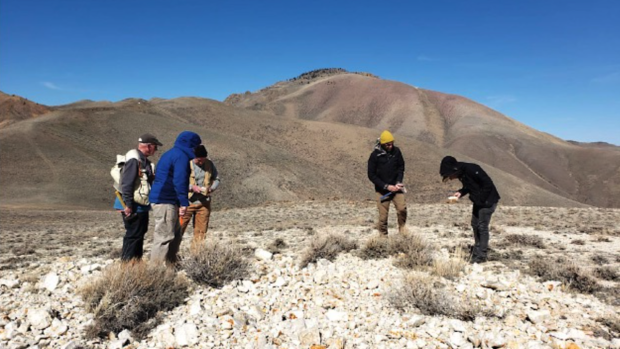 Idaho Champion focuses on exploration of cobalt, lithium, and copper properties in both the U.S. and Canada.

The electrification trend has supercharged demand for lithium-ion batteries.

Used in both electric vehicles (EVs) and battery storage for renewable energy sources like wind and solar, lithium-ion batteries have a huge role to play in the “net-zero” carbon economy that governments are pursuing to combat climate change.

Idaho Champion Gold Mines Canada Inc. (CSE: ITKO | OTCQB: GLDRF), an early-stage explorer with a focus on lithium and cobalt, aims to help fill the supply-demand gap in those battery metals. Its goal is to address the supply gap specifically for North America, which lags compared to other parts of the world for supplies of lithium and cobalt.

Idaho Champion’s lithium projects span 40,031 acres in Quebec, Canada, while its cobalt projects lie along 16,975 acres in the fairway of Idaho’s Cobalt Belt. Both Quebec and Idaho are Tier 1 mining jurisdictions, meaning they have mining-friendly governments, established rule of law and transparent permitting processes.

When speaking of great jurisdictions, Quebec offers explorers flow-through financing, which allows them to issue shares at a premium in exchange for a tax credit that accrues to investors in the financing. Idaho’s former governor is on the boards of several mining companies, and the state is highly supportive of the mining industry. Idaho Champion’s CEO Jonathan Buick comments, “both Quebec and Idaho offer huge support for our industry.”

“We’re in the early innings of the battery metals. We have the right people in the right jurisdictions to deliver real value for our shareholder base.” — Jonathan Buick, CEO, Idaho Champion Gold Mines Canada Inc.

Both Idaho Champion’s cobalt and lithium plays are seeing exploration in the back half of 2022.

At its Idaho cobalt holdings, which span four properties, the company is conducting comprehensive site reconnaissance, preliminary geologic mapping and initial ridge and spur soil sampling. In November, Idaho Champion’s technical team collected 19 samples at the Twin Peaks cobalt project and submitted those samples to the assay lab. The team also identified a prospective copper-cobalt vein at a new priority target area near the southwest end of the property. The work is designed to define targets for drilling in 2023.

These cobalt properties lie along trend with Jervois Mining’s ICO project, the first new cobalt mine in the U.S. in decades. The mine commenced commissioning in October and will reach nameplate capacity by the end of Q1 2023.

ICO has a forecasted mine life of eight years. Buick notes that this mine life would make a discovery on one of Idaho Champion’s projects in the Idaho Cobalt Belt all the more compelling. Given the lag time between discovery and production, a significant cobalt deposit could find its way into ICO’s production plant, saving Idaho Champion “around $200 million in capex.”

Adding to the potential of the company’s cobalt projects are its newly acquired lithium projects in the James Bay region of Quebec. This region is developing a reputation for hosting significant deposits of pegmatites, which are the source of hard-rock lithium.

Idaho Champion is conducting helicopter-borne magnetic and Lidar surveys of its Quebec projects. The goal is to define drill targets at depth. Buick notes that this data, used in conjunction with satellite images, “has the potential to outline some high-quality drill targets.”

Battery metals struggle to keep up with demand

In pursuing lithium and cobalt deposits, Idaho Champion is attempting to fill the supply gap for those metals.

According to Allied Market Research, the North America electric vehicle battery market will increase from US$7.7 billion in 2020 to $22.9 billion by 2028, a 16.4 per cent compound average growth rate.

Meanwhile, North America is sorely lacking in cobalt and lithium production, with just a few lithium and cobalt projects compared to the 52.9 per cent, 21.5 per cent and 9.7 per cent market share held by Australia, Chile and China respectively in lithium.

In cobalt, the majority of production comes from the Democratic Republic of Congo and China, and 47 per cent of global refining of cobalt took place in China.

North American governments are acutely aware of these supply challenges and have been working on efforts to bring battery supply chains closer to their shores. In the U.S., the recently passed Inflation Reduction Act mandates battery metal sourcing from domestic or free-trade partner sources beginning in 2024.

In Canada, the government plans to spend $1.5 billion over six years, starting in 2024-2025, for the Strategic Innovation Fund in support of critical metals projects. This will include the rollout of a critical metal exploration tax credit. Drilling down to the province level, Quebec has earmarked over $100 million for the development of critical and strategic minerals.

With this much impetus put on domestic and friendly trade partner sources of lithium and cobalt, any success with its exploration projects in Quebec and Idaho should make Idaho Champion pop on a critical metals investor’s radar screen.

Potential catalysts to begin to drive growth in 2023

Looking ahead, Idaho Champion has a number of potential catalysts for its share price. It starts with the early-stage exploration underway on both its cobalt and its lithium projects. Longer-term, it involves actual drilling on those targets in 2023.

Moreover, according to Buick, Idaho Champion is “not done acquiring assets.” That means growth via acquisition is a real possibility in the months ahead as well.

The company is well positioned to make more acquisitions, as it has deep experience in lithium exploration on its board. Buick himself has raised more than $100 million out of Asian battery groups for other issuers. Director Paul Fornazzari was founder and former director of Lithium Americas and Neo Lithium. Director Patrick Highsmith was former director and CEO of LithiumOne. Combined, these key players’ lithium companies total more than $6 billion in value.

Highsmith says his experience at LithiumOne is guiding his advisory position at Idaho Champion, “When you’re out exploring for commodity, explore where that commodity is known to already exist. That’s what we did in the Lithium Triangle with LithiumOne and that’s what Idaho Champion is doing with the Idaho Cobalt Belt in that state.”

His experience underlines Buick’s faith that mining is a people business even more than it is an asset business. He notes that management owns 30 per cent of the company and “insiders have participated in every financing Idaho Champion has had and anticipate doing so going forward.”

The strength of Idaho Champion’s team should hold it in good stead as it looks to make the discoveries that can help fill North America’s demand for local sources of battery metals like cobalt and lithium.

Buick concludes, “we’re in the early innings of the battery metals. We have the right people in the right jurisdictions to deliver real value for our shareholder base.”

For more information on how Idaho Champion is helping to fill North America’s demand for local sources of battery metals, visit its website here.

Want to keep up with the company’s latest news? Follow Idaho Champion on social media: