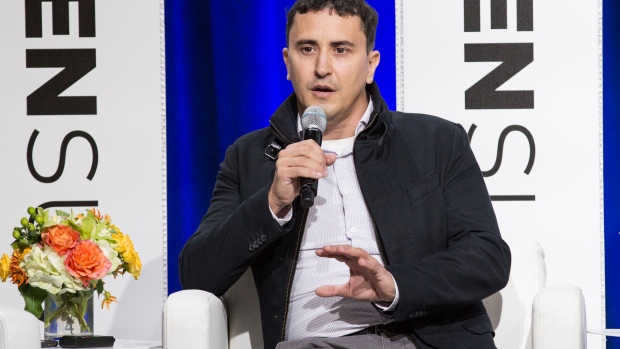 (Bloomberg) -- Emin Gun Sirer, one of the higher-profile academic experts on blockchain technologies, is launching his own cryptocurrency coin and network with funding from some of the biggest venture capitalists in the field.

Sirer, the co-director of the Initiative for Cryptocurrencies and Smart Contracts at Cornell University, said the Ava network will offer high throughput, fast confirmation times of transactions, and support applications ranging from supply-chain tracking to keeping tabs on securities and gold.

Many existing blockchains tend to be specialized, focusing on ensuring user privacy or functioning as a store of value. Ava aims to run as many transactions per second as Visa and with 1.35 second confirmation latency, which should enable all these applications, plus ones that aren’t even possible yet, Sirer said.

“Every certificate will one day be represented on the blockchain," Sirer, 47, said in an interview. "Every dollar bill. We are trying to create the correct foundation for making that vision happen."

His startup, Ava Labs Inc., raised $6 million for the project in February from the likes of Andreessen Horowitz, Polychain and MetaStable, and it’s debuting a test version of its network Thursday. The issuance of a coin will happen when the network is launched publicly in the coming months.

Ava Labs is the developer of the Avalanche protocol, a new distributed way to verify transactions that was released by an anonymous group called Team Rocket -- the name of the fictional character Satoshi’s nemesis in the Pokemon anime -- last year. Avalanche is designed to be more flexible and able than Bitcoin, which was developed by an unknown person or group that used the name Satoshi Nakamoto.

“You can create a digital asset on top of Ava, a coin X," Sirer said. "And then you can say, I want my coin to support Bitcoin transactions as well as Zcash –- you can mix and mash features from different languages. And I want these features to be supported on this set of nodes."

Ava is working to secure large corporations as partners, and is planning to establish Ava chapters in cities throughout the world, Sirer said.