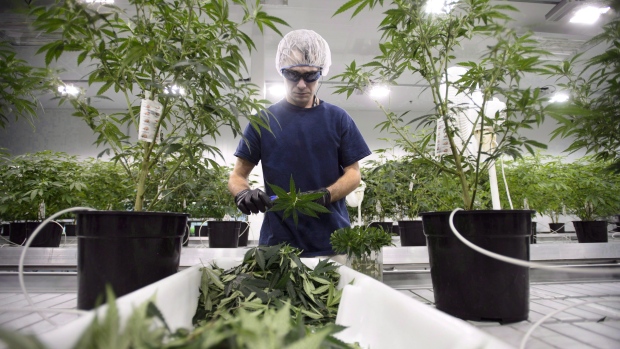 Acreage Holdings Inc. shareholders voted Wednesday in favour of the U.S. cannabis company being acquired by Canopy Growth Corp. when it is federally permissible to do so.

Shareholders voted more than 99 per cent in favour of the deal, far surpassing the more than two-thirds required for approval, as outlined in a statement by Canopy Growth.

“It’s a proud moment for us as a group and I couldn’t be more excited for the next chapter,” said Acreage CEO Kevin Murphy during the shareholder meeting.

Once Canopy’s proposed acquisition of Acreage is consummated, it would create a North American cannabis giant that would have stakes in more than 20 U.S. states and a market-leading position in Canada. The company would distribute a variety of cannabis products including pot-infused edibles and extractables.

For Canopy to officially take over Acreage, U.S. federal law would need to be changed to formally recognize the states that have legalized marijuana. That milestone would allow pot companies listed on the Toronto Stock Exchange – which currently restricts issuers from owning assets in jurisdictions where marijuana isn't legal – to acquire cannabis assets in the United States.

Acreage shareholders shrugged off concerns brought forward last month by Marcato Capital Management LP, a San Francisco-based investment manager that owns about 2.7 per cent of Acreage, which described the unique tie-up as a “value destructive transaction and not in the best interests of shareholders.”

Acreage still needs to receive final approval from the Supreme Court of British Columbia for the deal to be completed. A hearing date is scheduled to take place on June 21, Acreage said in a recent release.

Once the B.C. Supreme Court gives approval, Canopy will pay Acreage’s shareholders US$300 million in cash. If the U.S. federal government makes it federally permissible for Canopy to conduct business in the U.S. cannabis sector, Acreage shares would be automatically exchanged for Canopy shares, at a ratio of one-to-0.5818.

Murphy added that he expects the U.S. to pass legislation that would make the Canopy-Acreage deal official within the next two to three years.

He noted that Acreage is now well-positioned to take a leadership position in the U.S. cannabis industry, adding that the company has held discussions with at least two other U.S. cannabis operators regarding a possible acquisition.

“I can’t guarantee a gold medal or be on the podium, but second place is the first loser,” Murphy said.