Activist investor Land & Buildings is threatening to launch a proxy fight at Hudson’s Bay Company if the retailer doesn’t give serious consideration to exiting Europe and doubling down on Canada.

The Stamford, Connecticut-based firm, which owns just shy of five per cent of HBC’s float, said the company should consider selling its European operations, which it established with the €2.5-billion acquisition of Galeria Kaufhof in 2015; and argued HBC should monetize its real estate assets through a joint venture.

Land & Buildings added that if the company were to consider offloading its Saks Fifth Avenue banner, which it acquired for US$2.9-billion in 2013, there would likely be plenty of interest.

“Hudson’s Bay should migrate back to its roots as a Canadian retailer. The Saks Fifth Avenue banner would likely be in high demand from potential buyers, allowing the Company to focus on the Canadian market it has long dominated,” Land & Buildings Founder and CIO Jonathan Litt wrote in the letter. 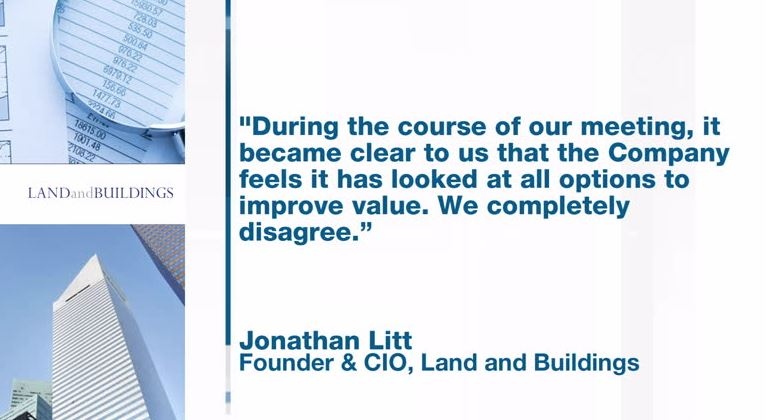 It’s not the first time Land & Buildings has been vocal about its desire for change at the company. In June, the activist released a similar letter to shareholders, arguing the path to unlocking maximum value at the firm lies in its real estate, not the legacy brick and mortar retailing business. HBC has said repeatedly that the underlying real estate assets are worth as much as $35 per share, more than three times where shares currently trade.

In the wake of the earlier letter, Land & Buildings met with the top brass at HBC, but was left underwhelmed by the response from key executives.

“Unfortunately, during the course of our meeting, it became clear to us that the Company feels it has looked at all options to improve value. We completely disagree,” Litt wrote.

HBC said in statement it will continue to engage with Land & Buildings, but gave no indication it’s ready to throw in the towel on any of its retail operations.

“We are committed to our strategy of both operating leading retail banners and also creatively unlocking the value of our associated real estate holdings,” wrote spokesperson Jen Vargas. 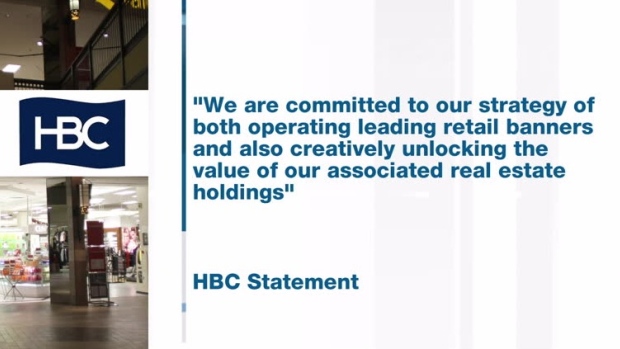 The activist investor isn’t alone in viewing the company as undervalued in its current form. In an interview on BNN, John Zechner, chairman and founder of J. Zechner Associates, said he thinks it’s unlikely the company can fully realize the $35 a share in real estate cited, but that some headway can be made.

“There’s some logic in all [Land & Buildings is] saying, and you’re closing a pretty giant gap in there,” Zechner said. “I’m not looking for a home run on this, but there’s a lot of air between 11 and 35 dollars.”

CORRECTION: An earlier of this version indicated Land and Buildings said HBC should sell Saks outright. In fact, Land and Buildings is calling for changes to Saks' flagship location, and said there could be “high demand” for the Saks banner. BNN apologizes for the error.