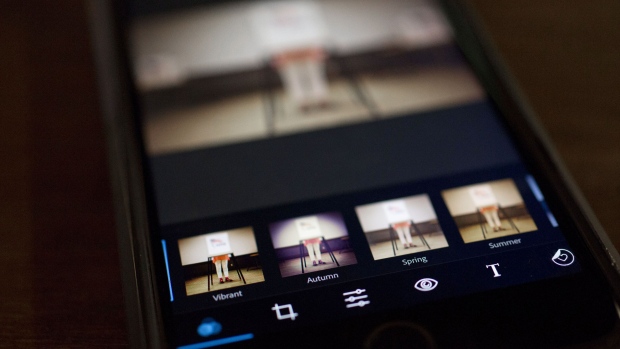 Adobe Inc. announced a slew of products, led by a version of Illustrator for Apple Inc.’s iPad, meant to fortify its position as the leading provider of creative software.

Design app Illustrator will come to the iPad in 2020, the San Jose, California-based company said Monday in a statement. Bloomberg News reported last month that Adobe would announce a version of Illustrator for the iPad. Adobe also formally launched Photoshop for iPad, a year after announcing the product. The company introduced the new offerings at its annual creative conference, called Max, in Los Angeles.

While many of the applications cater to creative professionals seeking more sophisticated capabilities, Adobe also is trying to expand the appeal of its photo-editing and illustration software to hobbyists. The strategy may boost revenue growth for the Creative Cloud unit. Adobe projected in September that sales growth for its smaller marketing software unit would slow down in the current period, raising pressure on the main creative business.

Adobe, founded in 1982, is among the best-performing software companies this decade. Its stock has increased almost ninefold since the beginning of 2012, gaining 23 per cent this year to US$277.82 at Friday’s close. Now, the company is revamping major apps for mobile devices amid waning consumer enthusiasm for PCs. The new apps underscore Adobe’s need to deliver software to consumers on whatever devices they use as it tries to fuel continued growth.

The announcements Monday are akin to “launching a new version of Creative Cloud for a new era of creativity,” Scott Belsky, chief product officer of Adobe’s Creative Cloud division, said in a blog post.

The company said it was eager to get feedback from Illustrator users as it develops a mobile version of the software for the first time.

“We’re still in the early stages, but fundamentally, we’re reimagining the Illustrator experience from the ground up to take advantage of the unique capabilities a tablet offers in terms of touch and Apple pencil,” Adobe said in a blog post.

The company also revealed a new tool for its XD software interface design app that allows users to collaborate on the same project in real time, called Co-Editing. It’s currently in beta testing. The concept is similar to that of Figma Inc., a creative startup whose main product competes with the XD app.

Here are Adobe’s other major announcements: