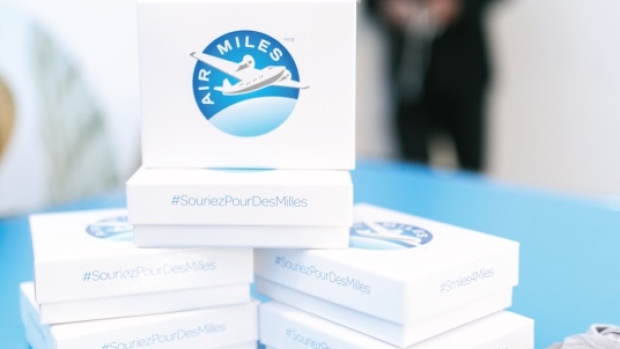 ​Angela Farquhar is a self-described "sucker for a loyalty program."

The 32-year-old teacher from Waubaushene, Ont., collects PC Optimum Points and Petro Points, but Air Miles are her favourite. She pays close attention to bonus events in order to rack them up faster.

But with her husband off work for two months due to the pandemic and travel looking unlikely for the foreseeable future, Farquhar -- like many Canadians --has had to change the way she uses her rewards. This year, instead of buying airline tickets, she used her Air Miles to buy a backyard slide her daughters, Mackenzie, 3, and Alexandra, 1.

"Mackenzie absolutely loves it and I just started sliding Alexandra down too," Farquhar says. "She actually thinks it's more fun taking turns with her sister."

Charlene Suchy, however, is taking the opposite approach.

The 37-year-old divemaster from Pefferlaw, Ont., is a devoted Air Miles collector, but has decided to save up rather than spend on non-travel items.

"I'm currently looking at either round trip flights or an all-inclusive package using my miles," she says. I'm not sure of a destination yet, but have a few in mind for when we can travel again. My trip will only be nicer the more miles I can save."

So which is the right approach when it comes to rewards cards? Save up in the hope a vaccine will make travel possible relatively soon? Or use the points right now?

According to Patrick Sojka, the founder of Rewards Canada and an expert on travel rewards, Canadians are increasingly looking to do the latter, despite the fact that travel typically offers better value.

Whether that's the right strategy depends on your financial situation, says Sojka.

"If you're an average income earner and you don't have a way to rack up miles quickly, short-term benefits are probably a healthy way to look at it. A lot of programs tend to devalue over time, and there's uncertainty over the lack of travel and the global economy generally."

For those in higher income brackets, continuing to accumulate miles may be the better option. "It might not matter to you that a business class flight will cost 20,000 more miles in a year and a half," says Sojka.

The good news is that even travel-focused loyalty programs have become more flexible in recent years, including Air Canada's recently relaunched Aeroplan program.

"Whether it's merchandise, gift cards, tickets, Amazon purchases, cashback options: there's a whole gamut of options, depending on the program, says Sojka. "Most of them have added more, you just have to find the program that suits your needs.

The other option is to ditch your rewards card and switch to a cash-back credit card, though Sojka says this strategy has some drawbacks. For starters, cash-back cards tend to offer lower-percentage returns on purchases than travel rewards. And most cash-back cards only pay out once a year, making them less useful for those in search of short-term financial relief, though some, such as TD's Cash Back Visa, allow you to redeem much sooner.

Whatever rewards strategy you choose, Sojka's final piece of advice is to check to see when your points expire. Most programs have 12 to 24-month inactivity rules if you're not earning or redeeming. Many pushed that forward due to the pandemic, but the deadlines will return.

"Either earn a mile or spend some on a reward," he says. "That keeps them active."