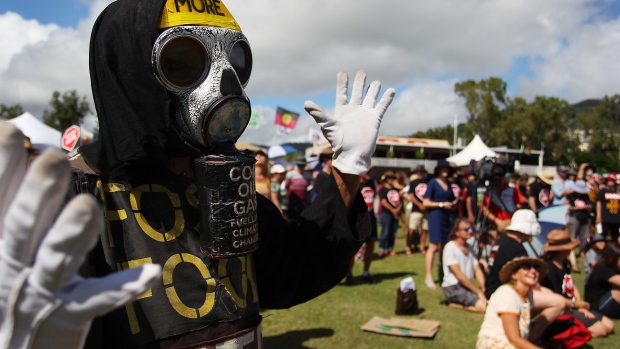 Al Gore warned that the “the mounting threat of greenwash” poses a significant and increasing risk to a successful transition away from fossil fuels.

At the same time, sustainable investing has “entered the mainstream,” providing even more openings for potential greenwashing, said Gore, 73, currently chairman of Generation Investment Management. “We must be vigilant about the rising threat of greenwashing or risk derailing hard-won progress” that has been made in recognizing the climate crisis, he said.

Generation Investment has just published its fifth annual assessment about the transition to a sustainable economy. It cites data from national consumer protection authorities, which estimate that 42% of environmental claims have been “exaggerated, false or deceptive,” and might even violate fair practice rules established by the European Union. Separately, Gore’s firm said data from Climate Action 100+ show that about 53% of the 159 companies it tracks—which includes the world’s largest emitters of greenhouse gases—don’t have appropriate short-term targets for net-zero emissions.

The Generation Investment report draws on more than 200 sources to highlight key tipping points in the shift to sustainability—from the widespread adoption of net zero to action on diversity, equity and inclusion, and the rise of clean technologies and natural solutions.

First, the good news from the report:

To be sure, the past year has presented huge opportunities for sustainable investing, as the enormous flows of capital to green bonds and renewable energy attest. But a failure to tackle greenwashing is hobbling the transition to a low-carbon economy, Gore said. “The time for celebrating vague, distant goals on net zero has long passed,” he said, adding that “investors now need clarity over how companies will turn goals into actions.”

For example, about half of the Fortune 100 companies mention biodiversity in their reports, but only five have made specific, measurable and time-bound commitments on biodiversity, according to Generation’s research.

Large increases in “the deployment of sustainability solutions” are needed to limit global temperatures to 1.5 degrees Celsius above pre-industrial temperatures, Gore said. For the environment, this means deployment rates must increase by five to 10 times over the next few years for technologies like electric vehicles, solar, hydrogen and wind power, as well as carbon capture and storage.

Sustainable investors “will do more harm than good if we fail to set a high bar,” Gore said.