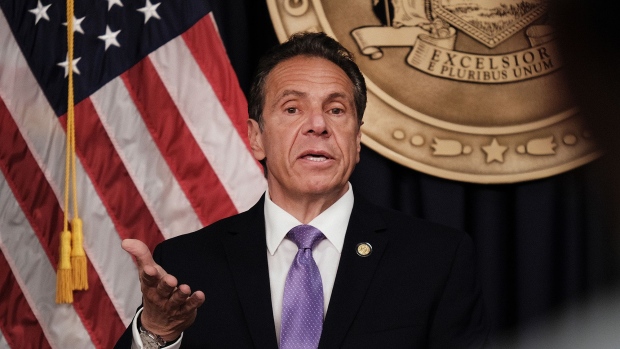 The report, released Tuesday by Attorney General Letitia James, includes allegations that the governor grabbed an executive assistant’s rear end while they took a selfie in the Executive Mansion in Albany and reached under her blouse and grabbed her breast.

“We will be formally requesting investigative materials obtained by the A.G.’s office, and we welcome any victim to contact our office with additional information,” Albany County District Attorney David Soares said in an emailed statement. “As this matter is developing and we are reviewing the document released by the attorney general today, we will refrain from any additional public comment at this time regarding the status of the ongoing criminal investigation by our office.”

Steven Smith, a spokesperson for the Albany Police Department, said earlier on Tuesday that the department is aware of the incident of groping at the mansion but never received a formal complaint and is not actively looking into it.

“There hasn’t been any change since March as it pertains to the Albany Police when we were informed of the alleged incident,” Smith said. “We have not received a formal complaint and are not investigating at this time.”