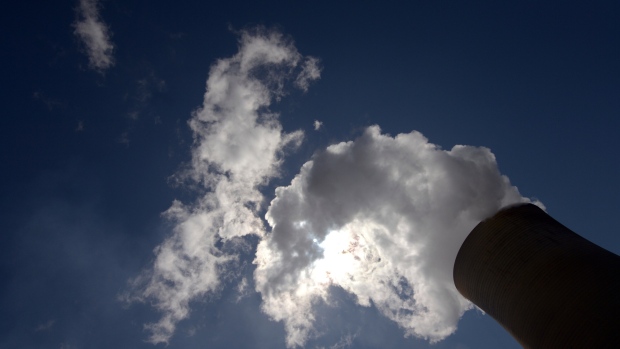 Emissions billow from a cooling tower at the EnergyAustralia Pty. Yallourn Power Station in the Latrobe Valley, Australia, on Saturday, Feb. 23, 2019. Australian Prime Minister Scott Morrison is pledging A$2 billion ($1.4 billion) over the next 10 years in direct action to lower greenhouse gas emissions, making a climate pitch to voters ahead of elections due by May. , Bloomberg

CALGARY - The Alberta government is seeking feedback on its plan to cut greenhouse gas emissions from big industrial players.

The province's environment, energy and agriculture ministers are meeting with 150 stakeholders over the next three days in Calgary.

They'll be discussing how the new Technology Innovation and Emissions Reduction program should be designed.

The proposed plan would apply to facilities that emit more than 100,000 tonnes of carbon dioxide a year.

They would have to reduce their emissions intensity by 10 per cent compared to their average levels between 2016 and 2018.

Environment Minister Jason Nixon says the plan is similar to the approach of past Progressive Conservative governments, but on a larger scale.