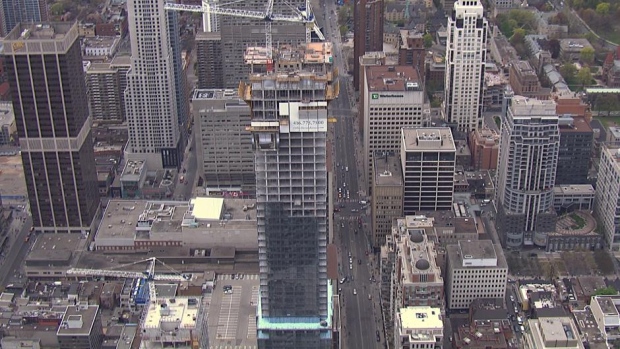 The value of Canadian building permits issued in May dropped 1.9 per cent from April, in part due to sharply weaker construction intentions in energy-producing Alberta, Statistics Canada said on Thursday.

Analysts polled by Reuters had predicted a 2.0 per cent increase. Statscan revised April's drop of 0.3 per cent to a rise of 0.1 per cent.

In Alberta, where a slump in oil prices has badly hit the province's economy, the value of permits dropped by 22.5 per cent after increasing by 26.9 per cent in April. Every component posted a decline apart from single-family dwellings.

The overall value of non-residential permits fell by 3.3 per cent on lower construction intentions for commercial structures.