Amazon.com Inc. shares rallied on Monday, and the advance lifted the company’s market capitalization above Microsoft Corp. for the first time in more than a year.

The stock rose as much as 4.5 per cent in its fourth straight daily advance, giving the e-commerce and cloud-computing company a valuation of about US$1.66 trillion, or about US$30 billion more than Microsoft’s market capitalization. According to an analysis of Bloomberg data, Amazon last exceeded Microsoft in size in February 2019.

Recent gains in Amazon have come amid a growing consensus that it will be a major winner from the pandemic, which has accelerated a shift to online retail and fueled demand for cloud-computing services. Earlier, Cowen raised its price target to the highest on the Street, citing the continued “demand surge” from the pandemic, “in particular as the U.S. faces staggered and sometimes halted re-openings.”

Among U.S. stocks, Amazon’s rally means it is second only to Apple Inc. in size; the iPhone maker’s market cap leads at US$1.73 trillion. A rally in mega-cap tech and internet stocks has also resulted in Google-parent Alphabet Inc. eclipsing US$1 trillion in market cap recently.

Globally, the list is topped by Saudi Aramco, Saudi Arabia’s national oil company, which currently has a market cap of about US$1.78 trillion. 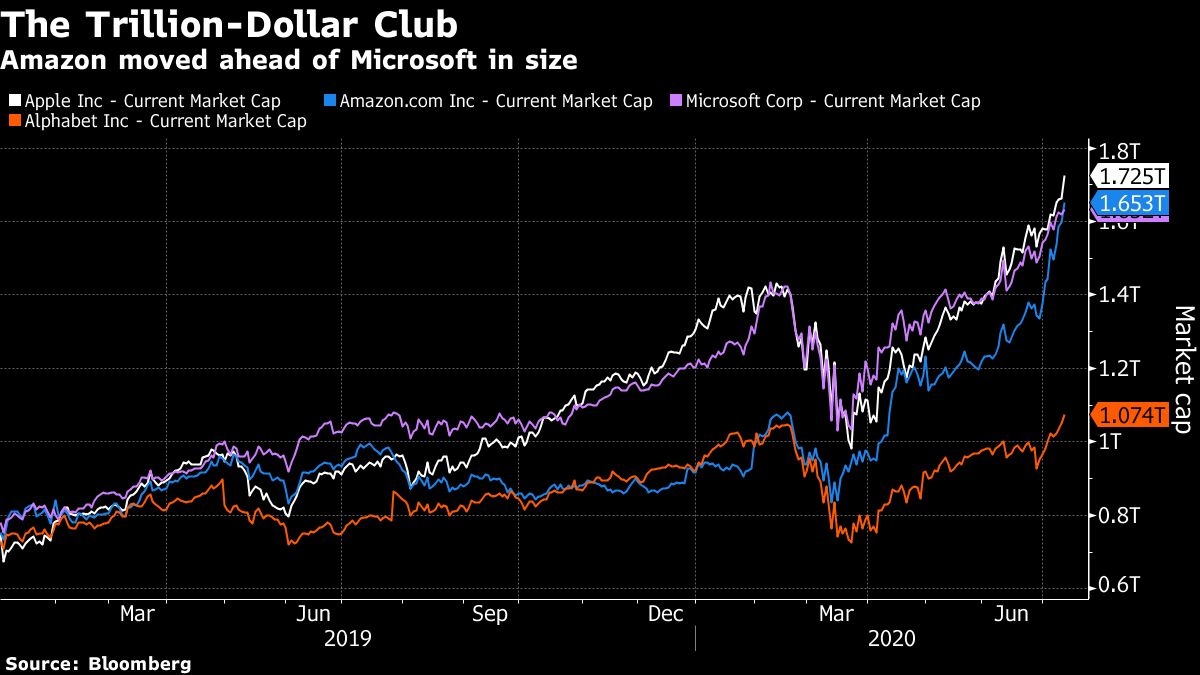