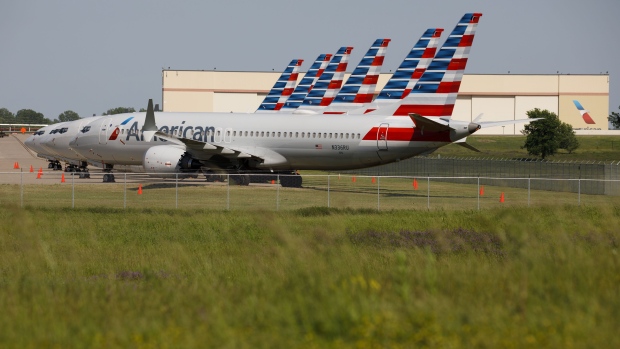 American Airlines Group Inc. (AAL.O) is considering an order for as many as 50 of Airbus SE’s new long-range A321XLR jets, a person familiar with the discussions said.

The world’s largest carrier sees the plane, which would have the longest range of Airbus’s single-aisle offerings, as a potential replacement for its aging fleet of 34 Boeing Co. 757-200 jets, Bloomberg reported earlier this month. There’s no guarantee a deal will be reached.

Airbus detailed plans for the new XLR jet on the first day of the Paris Air Show, seeking to drum up orders for the much-anticipated jet while Boeing focuses on getting its 737 Max jet back in the air after two fatal crashes and a grounding that recently hit the three-month mark. The XLR could fly on trans-Atlantic routes and has a range of 4,700 nautical miles.

Reuters reported earlier on the number of the XLR jets under discussion between the airline and the planemaker. Some of the potential purchases would be converted from existing orders for other models, Reuters said.

American still has 100 Airbus A320-family jets on order, according to the airline’s 2018 annual report.