Why the next recession will hit Canadians harder than Americans

Americans, crippled by debt and seeing signs of a slowing economy, are sitting out on pricey vacations and everyday leisure activities.

A new Bankrate survey found 42 per cent of Americans decided not to take a vacation over the past year because of the cost. Nearly a third said they can afford a vacation less now than they could have five years ago, though 26 per cent said they can afford to do so more now. More than two-thirds of U.S. adults opted out of a recreational activity due to the cost at some point in the past year, the study found.

You can’t blame them. Trade tensions have economists projecting the likelihood of a recession in the next 12 months at 35 per cent.  U.S. student debt is over $1.5 trillion. Almost 40 per cent of Americans think the economy is “not so good” or “poor.” 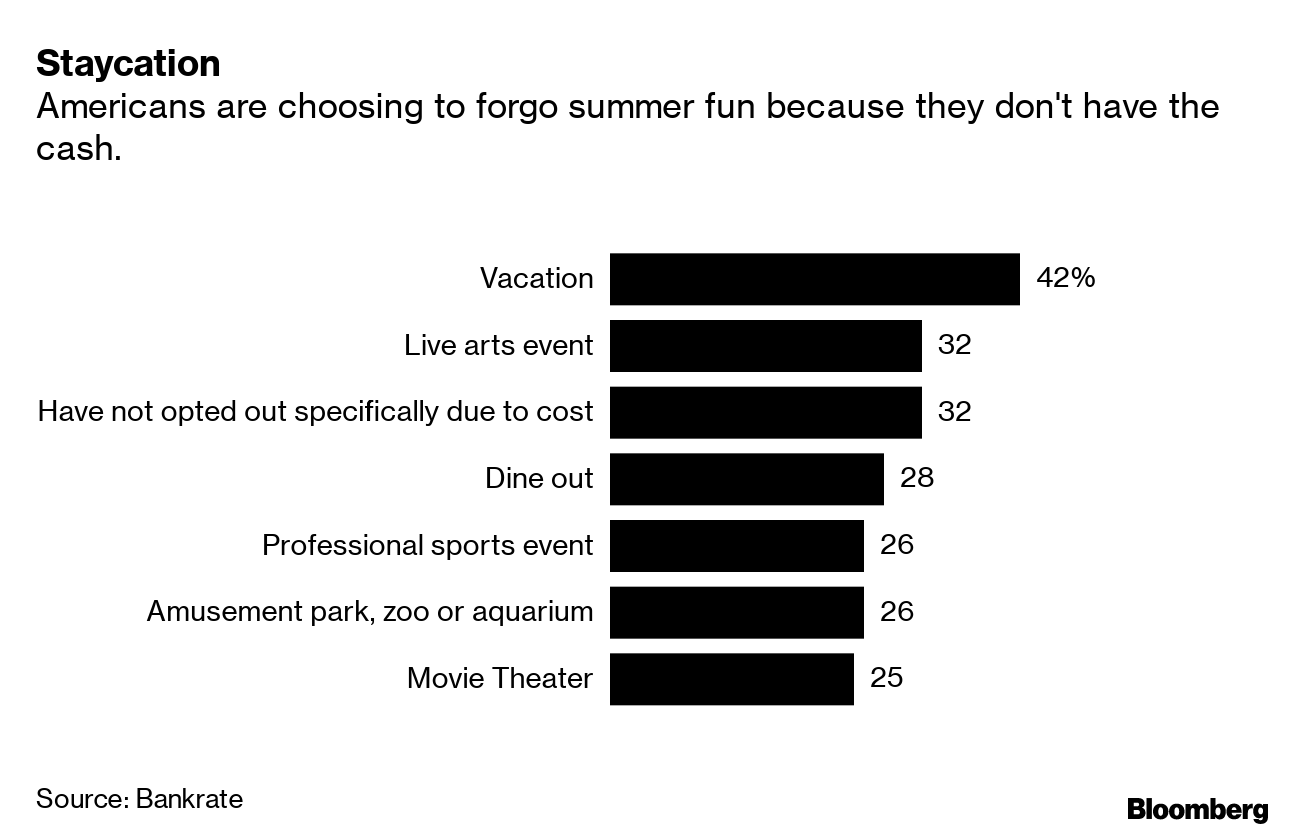 Half of respondents said the activities they passed on were too expensive to begin with or not a good value, while 43 per cent said they didn’t have enough money left over after paying everyday bills and 41 per cent said they wanted to save money for other things.

Parents missed out most of all. More than three-quarters of those with kids under the age of 18 reported missing out on activities, versus 66 per cent of non-parents.

The survey encompassed over 2,500 American adults online in July with figures weighted to be representative of all U.S. adults.