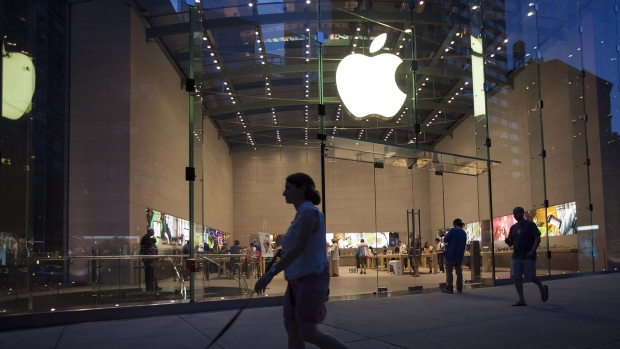 Pedestrians pass in front of the Apple Inc. store on Manhattan's Upper West Side in New York. , Michael Nagle/Bloomberg

A New York student sued Apple Inc. for US$1 billion, claiming the company’s facial-recognition software falsely linked him to a series of thefts from Apple stores.

Ousmane Bah, 18, said he was arrested at his home in New York in November and charged with stealing from an Apple store. The arrest warrant included a photo that didn’t resemble Bah, he said in a lawsuit filed Monday. One of the thefts he was charged with, in Boston, took place on the day in June he was attending his senior prom in Manhattan, he said.

Bah said he had previously lost a non-photo learner’s permit, which may have been found or stolen by the real thief and used as identification in Apple stores. As a result, Bah claimed, his name may have been mistakenly connected to the thief’s face in Apple’s facial-recognition system, which he said the company uses in its stores to track people suspected of theft.

"He was forced to respond to multiple false allegations which led to severe stress and hardship,” Bah said in the complaint.

Apple said on Tuesday it doesn’t use facial recognition in its stores. Security Industry Specialists Inc., a security firm that’s also named as a defendant, declined to comment on the suit.