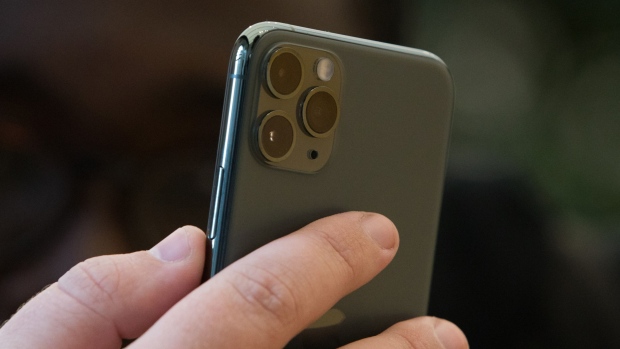 Chinese consumers are rediscovering their appetite for iPhones.

Apple Inc. shipped 10 million iPhones in China during September and October, based on Bloomberg’s calculations from government data on overall and Android device shipments. That’s the first indication of the company’s performance following the autumn release of its latest gadgets, and it shows iPhone shipments up six per cent from a year earlier, according to the China Academy of Information and Communications Technology, which is run by the country’s technology ministry.

That affirms expectations that Apple’s iPhone 11 is selling more strongly than its predecessor, particularly in a market that’s second only to the U.S. in its importance to Apple’s bottom line. The company had recently been stuck in a rut in China, ceding ground to local rivals like Huawei Technologies Co. and Xiaomi Corp., which offer more enticing pricing, better specifications and increasingly premium design. Apple also lost market share to Samsung Electronics Co. and Huawei globally prior to the iPhone 11’s release. Chief Executive Officer Tim Cook has said new pricing, a monthly payment program and trade-in offers helped the iPhone’s performance in China.

“Chinese customers seem to be receiving the iPhone 11 series better than last year’s models because of the lowered retail price,” said Nicole Peng, a Canalys analyst. “We see weaker shipments for old models but the latest products are going strong.”

Overall Chinese smartphone shipments dropped five per cent to 69.3 million units during the two months, according to reports published by the academy, which is run by the Ministry of Industry and Information Technology and tracks the number of smartphones that get permits to be sold in China.

Apple took major strides to increase battery life in its iPhone 11 and 11 Pro devices while lowering the starting price by US$50. After years of stagnation in cameras, the company overhauled the iPhone’s image quality this year, catching up to category leaders Google and Huawei. This approach drew an overwhelmingly positive critical reception.

In China, however, Apple still faces an uphill climb against local brands like Huawei and Xiaomi. Beyond new device sales, Apple’s other major challenge there will be to make available more of its lucrative subscription services. As the company transitions to a business model more reliant on recurring fees -- such as via iTunes Music, Apple TV+ and Apple Arcade — their unavailability in China becomes increasingly a hurdle to growth.

--With assistance from Colum Murphy.