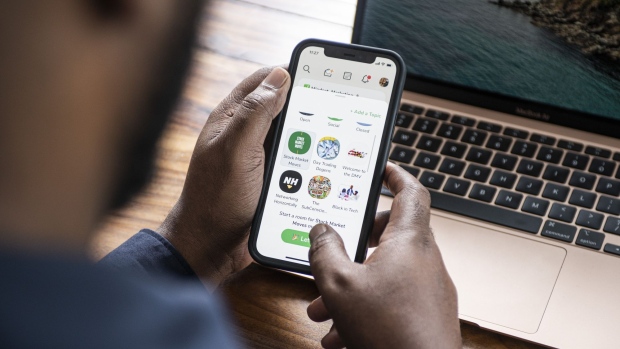 (Bloomberg) -- Clubhouse, the social audio app that became a big hit during the early days of the pandemic, laid off multiple employees this week, according to people familiar with the reductions. The layoffs are part of a broader restructuring and rethinking of the audio app’s strategy.Some employees chose to leave on their own as the company cuts back some of the programming areas it had focused on before, such as sports, news and international, according to the people, who asked not to be identified because the discussions were private.

“A handful of roles were eliminated as part of streamlining our team, and a few individuals decided to pursue new opportunities,” a spokesperson for Clubhouse said in an emailed statement. “We are continuing to recruit for many roles across engineering, product and design.”

Three women tweeted their departures from the company on June 1st, including Nina Gregory, a National Public Radio alum who led news partnerships, Anu Atluru, head of community, and Aarthi Ramamurthy, head of international. Sean Brown, head of sports partnerships, announced he was leaving last month. Stephanie Simon, who was in charge of brand evangelism and development, left in late April.

“Clubhouse wouldn’t be where it is today without these talented people,” the spokesperson said. “We’re immensely grateful for everything they’ve done and know they’ll do great things in the future.”

The app skyrocketed to a $4 billion valuation after its 2020 launch as people on lockdown around the world turned to the service to listen and chat with others online.  The company has continued to launch new features, like dark mode, which makes the app easier on the eyes. It’s also tested in-app games. Chief Executive Officer Paul Davison last shared usage stats in November 2021. He told CNBC the number of rooms created each day had increased from 300,00 last summer to around 700,000 in the fall.

The app inspired competing products at other tech companies, however, and prominent content creators have left the platform. The Lullaby Club, which various publications highlighted as early success, now does its show on Amazon’s new live audio app Amp.