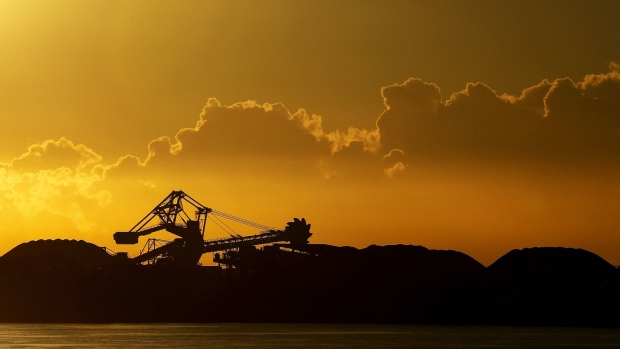 (Bloomberg) -- Australia is rejecting a push by the U.S. and the European Union to join a global pact to cut methane emissions, expected to be announced at the crucial COP26 summit in Glasgow which starts Sunday.

About 35 nations are expected to commit to support a collective goal to cut output of the greenhouse gas by at least 30% from 2020 levels by the end of the decade. While Australia’s role as a major producer of fossil fuels and agricultural products make it a major emitter, Energy Minister Angus Taylor on Thursday confirmed his nation won’t sign up to the deal.

“We won’t sign our country up to policies that undermine the prosperity of our regions or make life harder for everyday Australians,” Taylor said in an op-ed in the Australian newspaper on Thursday. “Cutting methane emissions by 30% by 2030, as some have called for, will do just that.”

The move may place further international pressure on Australia, which is being criticized by climate activists for not doing enough to cut emissions. On Tuesday, Prime Minister Scott Morrison -- who will attend COP26 -- finally agreed to a plan to zero out its emissions by 2050, but said he wouldn’t enshrine the target in law, and would continue to rely on fossil fuels and projects designed to offset planet-warming pollution.

“Almost half of Australia’s annual methane emissions comes from the agriculture sector, where no affordable, practical and large-scale way exists to reduce it other than by culling herd sizes,” Taylor said. “What activists in Australia and elsewhere want is an end to the beef industry.”

The nation’s energy sector emitted 548,000 tons of methane in 2020, or 0.7% of the global total, according to the International Energy Agency. While the Paris-based adviser says that could be cut as much as 41% at no net cost, Taylor defended the industry.

“Calls to reduce methane emissions from the gas sector, a critical fuel source that complements the increasing share of renewables in our electricity grid, by shutting down production and generation is an invitation for the type of chaos we are seeing in ­Europe at the moment,” he said.