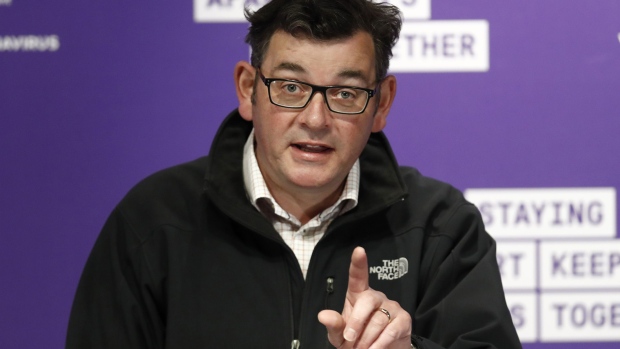 The state at the epicenter of Australia’s Covid-19 outbreak announced an easing of restrictions on Sunday, but left key sectors of the economy shuttered until next month to ensure community transmission is further curbed.

From midnight, the 5 million residents of Victoria state capital Melbourne, who have been under lockdown for more than 100 days, will be allowed to travel as far as 25 kilometers (16 miles) from their homes and time limits on daily exercise will be scrapped, state Premier Daniel Andrews said.

From Nov. 1, the stay-at-home order will be completely lifted and retail and hospitality sectors will largely reopen. That timeframe may be brought forward if case numbers continue to fall.

“As so many cities across the world head into what is going to be a deadly winter, we in Melbourne and across Victoria are well-placed to have a Covid-safe summer and a Covid normal 2021,” Andrews said.

As the U.S., U.K. and many European countries contend with a second wave, Victoria’s lockdown has demonstrated the effectiveness of tight controls. Case numbers have plunged from a daily peak of 687 on Aug. 4, with new infections slowing to a trickle.

But the state premier has come under sustained pressure to ease restrictions, with the federal government saying the lockdown has risked people’s mental health and weighed on the national economy. Victoria is responsible for about a quarter of gross domestic product and the restrictions have deepened Australia’s first recession in almost 30 years.

“The second wave, which led to the lockdown, has taken an extreme toll on the mental health of Victorians and their economic prospects,” Treasurer Josh Frydenberg wrote in an opinion piece. “Now is time for the Victorian government to give Victorians their freedom back and allow businesses to reopen in a Covid-safe way.”

The state reported 2 new coronavirus cases on Sunday and no deaths, bringing the 14-day average to 8, with 15 cases from an unknown source.

Australia has been in the vanguard of nations seeing success in controlling community transmission. Its first nationwide lockdown, which lasted roughly from March to May, was one of the most successful in the world, reducing the number of cases to just a handful a day. But security failures at quarantine hotels for returning travelers and poor communication of critical information to migrant communities allowed the virus to roar back in Victoria.

Much of the nation has crushed community transmission, as states such as Queensland, Western Australia and Tasmania restrict entry to people from virus hotspots. The international border remains closed to non-residents, other than a limited travel bubble with New Zealand, and those returning from overseas must undergo 14 days of quarantine in hotels or other government-run facilities.