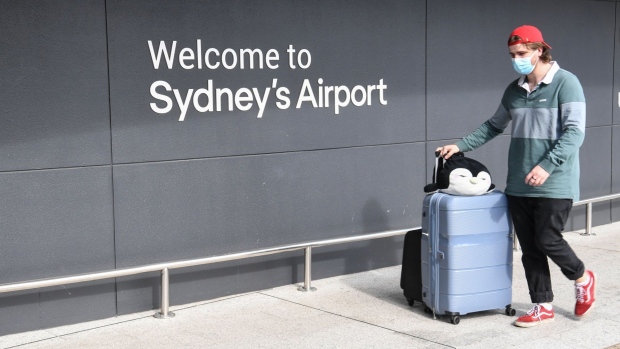 (Bloomberg) -- Australia’s most-populous state will trial home quarantine for people returning from overseas if they are fully vaccinated, signaling an easing of one of the most hardcore border regimes in the world.

New South Wales Premier Gladys Berejiklian said Friday the pilot program in her state would begin in the next couple of weeks for around 175 people, selected by health authorities. The trial could apply to Australians, non-residents and crew for flagship carrier Qantas Airways Ltd.

“This is the next step in our plan to safely reopen, and to stay safely open,” Prime Minister Scott Morrison said in a statement.

The nation’s international borders have been mostly closed to non-residents since March last year, and anyone arriving has been forced to undergo 14 days of hotel quarantine. Tens of thousands of Australians who live overseas are waiting to return home due to limited flights and constrained capacity in the hotel-quarantine system.

The new home quarantine period will last for 7 days. A mobile phone app that uses geolocation technology will be used to ensure compliance, along with random police checks.