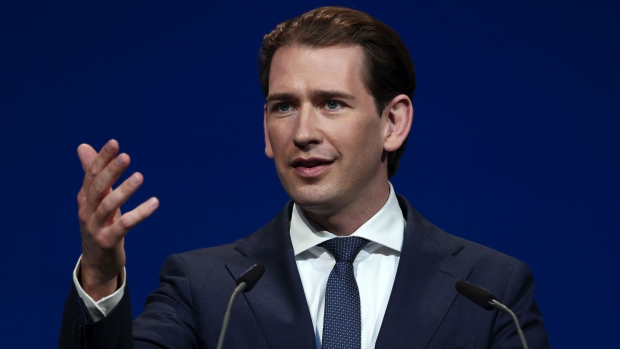 (Bloomberg) -- Former Austrian Chancellor Sebastian Kurz is adding a position at an anti-racism group to his portfolio after leaving politics under a corruption cloud last month.

Kurz has been appointed co-chair of the European Council of Tolerance and Reconciliation, a Brussels-based NGO, he said Sunday on Twitter.

Former U.K. Prime Minister Tony Blair is already a chairman of the organization, which says it fights against racism, anti-Semitism and xenophobia.

In late December, billionaire Peter Thiel’s investment firm Thiel Capital LLC brought Kurz, 35, on board as a part-time global strategist with a focus on European politics, according to a person close to the company.

Kurz faces criminal probes in Austria over allegations on how he and his inner circle used taxpayer money to plant fabricated public-opinion polls in newspapers to help engineer his political rise. He has denied any wrongdoing.

Kurz’s first government in Austria was a coalition between his People’s Party and the anti-immigrant Freedom Party; his second grouping, from 2019, was with the Green Party.

Kurz, formerly Europe’s youngest head of government, quit as chancellor in October and stepped aside from politics completely in December.