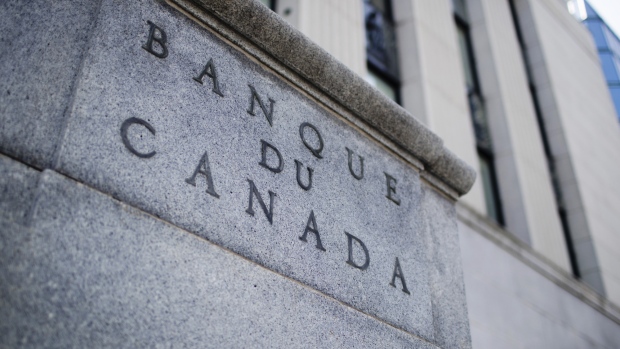 The Bank of Canada stands in Ottawa, Ontario, Canada, on Thursday, Aug. 16, 2018. It makes sense for the U.S. and Mexico to meet bilaterally on Nafta on certain issues and Canada looks forward to rejoining talks on the trilateral pact in the coming days and weeks, Prime Minister Justin Trudeau said. , Bloomberg

The Bank of Canada plans buy for the first time government-backed mortgage bonds in a bid to broaden the range of high-quality assets in its operations to manage its balance sheet.

The move, which is part of a decision of including government-guaranteed debt issued by federal Crown corporations, will allow Ottawa-based central bank to offset continued growth in bank notes, the central bank said in an statement Friday. It will also give it flexibility to further reduce its participation in primary Canadian government bond auctions to help boost the tradeable float and support liquidity in the secondary market.

A “small portion” of its purchases will be Canada Mortgage Bonds, which are guaranteed by Canada Mortgage and Housing Corp. The federal Crown corporation has an issuance limit of $40 billion for 2018. Purchases of mortgage bonds will be conducted in the primary market starting later this year or early 2019, the central bank said.

“In terms of CMBs, we need a little more detail on how the BoC will be participating, but it does look to be supportive of spreads,” Mark Chandler, head of fixed-income research at RBC Capital Markets, said in a message. “I would suggest only a modest impact until we learn more.”

Expanding the list of eligible assets has no implications for monetary policy or financial stability, the bank said. Bank of Canada held $78.2 billion of Canadian government bonds and $22.2 billion of treasury bills for balance sheet management purposes as of Nov. 21, according to its website.