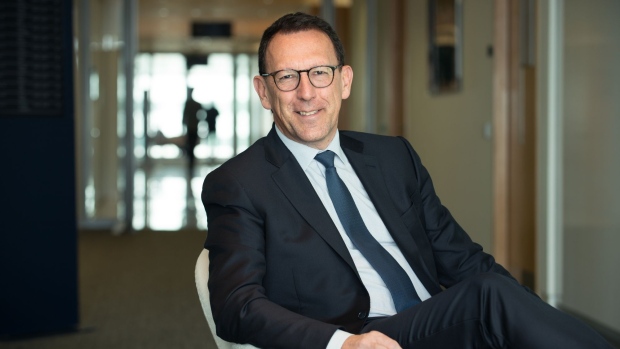 Jean-Christophe Gerard picked up some healthy habits during the lockdown.

Barclays Private Bank’s chief executive officer made daily walks part of his confinement routine and still aims to find an hour to amble outside when he works from home as he helps his business navigate the dual challenges of the coronavirus pandemic and Brexit.

The French native oversees operations spanning London, Switzerland and India. With the U.K. weeks away from leaving the European Union, he’s also targeting growth in mainland Europe from Barclays’s hub in Dublin, where the bank said it will move staff and assets in the fallout of Brexit.

“We’re an Anglo-Saxon bank,” Gerard, 56, said in an October interview. “To do it from Dublin makes sense.”

Gerard joined Barclays in 2017 after more than two decades at HSBC Holdings Plc. He took up his current role on an interim basis in June and was appointed permanently two months later.

Bloomberg spoke with him about the impact from Brexit, competition and working from home. Comments have been edited and condensed.

Where are you looking to grow?

Our first focus is of course the U.K. domestic market. We’ve been in this country for a long time. We want to grow our market share, and the domestic market will continue to grow.

The country has challenges ahead -- one of them Brexit of course. We’re also aware that growth in the U.K. domestic market will be what it will be -- certainly not double digit. However, you still have a lot of wealth creation.

For Asia, we don’t have an office in Hong Kong or Singapore. Instead, we play the corridor between Asia and London, and we have a full team dedicated to that. But we also want to improve our footprint in Asia because this is where growth happens.

How are you set for Brexit?

Dublin is our Brexit plan. This is where we bank the Ireland market. It’s also where we bank European clients, with a strong focus on France, Italy, Spain and Germany.

We had to adapt. The idea was to still serve Europe, but not from London. It was quite a heavy exercise. From what we do on private banking, it’s so far so good. People will have to change bankers, and we sent bankers also to Dublin from London.

What’s your strategy for Europe?

We want to work with family offices there. Barclays is already in Paris, Milan, Madrid and Frankfurt, and we did a big roadshow to all of these offices with Gerald Mathieu -- head of private banking for Europe, Monaco and Switzerland -- just before the crisis. It’s not about working with high net worths or retail clients. It’s really about working with quasi-institutional, ultra-high net worths and family offices in this area. We’ll do it, but we’ve been slowed a bit by the pandemic of course.

Europe is a very competitive market. We know how the local brands resonate a lot, so the idea is to bring what we know will be of interest to clients. We’ll compete with local and international names, but we’ll pick our battles in Europe. We have a clear investing banking position there, and we can leverage our U.S. colleagues in the investment bank. We want to bring this investment bank link.

How was the pandemic for you at first?

It was a test of our resilience planning. There were some complexities. In Monaco, a small country, people are living in France or even in Italy, so you created tax situations where you had to deal with governments to check if it was OK for people to work from home while they are Monaco employees. It was the same in Geneva.

When the markets collapsed, clients were like: “What should I do?” It was an important moment for us to stay close to our clients while sending our people home. That was the challenge, and I think we did well.

How did you spend the lockdown?

I discovered walking. After the day at home, I would just go out alone or with my partner and do a long walk -- closer to nature where possible: in forests, by a river or a lake. I enjoyed it a lot. If I don’t have a walk, I miss it. Today, the challenge is: How do I do this? I can’t do it now at 7 p.m., so I’m trying to keep one hour when I’m at home to go out for a walk during daylight and come back to continue work.

What’s your view on remote work?

I’m mixing now: half in the office, half at home. If there were some positives from the crisis -- and I say this with full respect for people suffering -- it questions the way we’ve been working. Feedback I have from colleagues is: Working from home is appreciated, but they want a mix.

Everybody is thinking: Is it possible to have mixed weeks? What are the consequences? You heard Jes Staley talking about this topic recently. In my opinion, if we can have a mixed approach from what I’m hearing from my teams and from what I’m experiencing myself now, that would be fantastic.