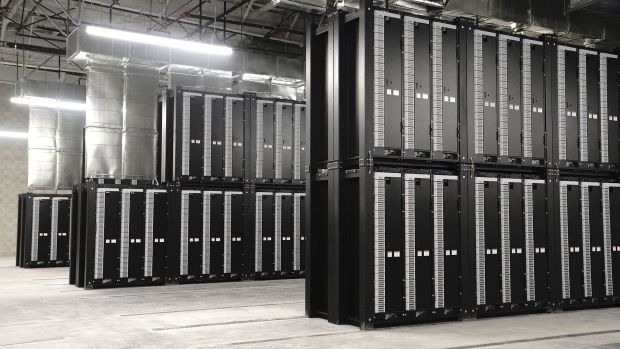 (Bloomberg) -- Big batteries plugged into California’s grid have helped make up for some, but not all, of the hydroelectric power the state has lost to the ongoing drought, according to a report Monday.

With California reservoirs running low, hydropower production in June was 670 megawatts lower than a year earlier, according to the report from the California Independent System Operator, which runs most of the state’s electrical grid. Large-scale batteries added in the 12 months compensated for about two-thirds of that lost power, providing 460 megawatts.

An early-season heat wave in June put that balance to the test, with the grid operator asking Californians to cut their electricity use to prevent blackouts. They responded, but the amount of power they saved varied greatly by the hour and the day, from just 77 megawatts during one hour of the heat wave to 735 megawatts during another.

More batteries are scheduled to come online this year, but the state’s hydroelectric output continues to deteriorate. Last week, low water levels forced the closure of a major hydroelectric dam, at Lake Oroville.