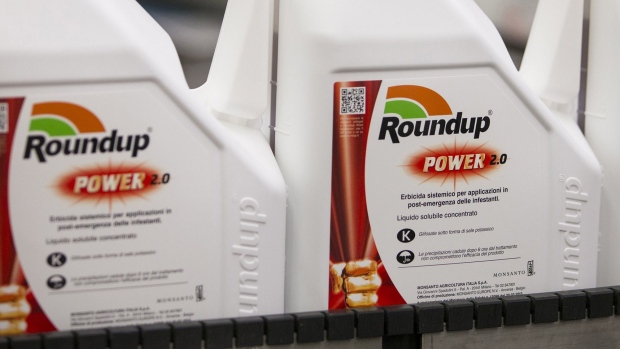 Bayer AG’s plan to address future Roundup cancer lawsuits as part of a nearly US$11 billion partial settlement has been temporarily pulled after a judge raised questions about whether it would pass legal muster.

Plaintiffs’ lawyers -- who suggested setting up a class-action mechanism with the backing of Bayer’s attorneys to deal with future claims -- withdrew their request that U.S. District Judge Vince Chhabria preliminarily approve the US$1.25 billion plan, the company said in a statement.The plan will be retooled to address questions Chhabria raised about the proposal, which featured the creation of a science panel to determine whether glyphosate, Roundup’s active ingredient, is a carcinogen, Chris Loder, a Bayer spokesman, said in the statement.

“Bayer remains strongly committed to a resolution that simultaneously addresses both the current litigation on reasonable terms and a viable solution to manage and resolve potential future litigation,” Loder said.The San Francisco-based judge’s misgivings didn’t derail the majority of the nearly US$11 billion settlement, as the handling of future claims don’t affect the rest of the deal. The company agreed to pay as much as US$9.6 billion to resolve 95,000 of the 125,000 cancer cases against it. The figure also includes a set aside to cover settlements in the remaining 30,000 cases.