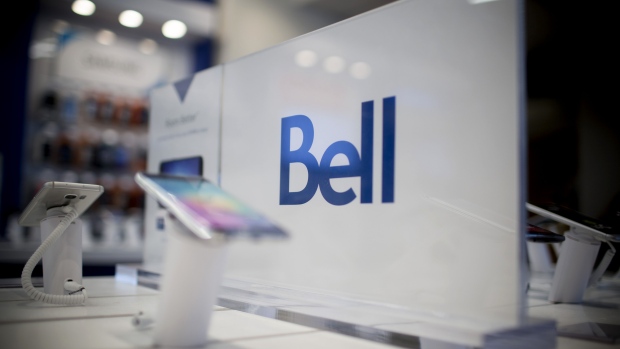 The Montreal-based company said Monday that the final rates set last week by the CRTC will cost it more than $100 million, with the bulk of the sum going to cover the retroactively lower rates.

"Putting this kind of unexpected and retroactive tax on capital investment is not the way to ensure the continued development of Canada's internet infrastructure," said Bell chief operating officer Mirko Bibic in a statement.

The company said that in response, it will cut back by 20 per cent on a rural internet program designed to provide wireless internet access to homes that are hard to reach by fibre or traditional cable access.

Rogers Communication (RCIb:CT) said it was very disappointed by the CRTC's ruling and that it was reviewing all future investment in rural and remote communities in light of the $140 million charge expected by the decision.

The regulator requires that large telecom companies like Bell and Rogers sell access to their infrastructure to smaller internet providers as a way to improve competition and lower prices.

After years of review, the CRTC set final wholesale rates last week that were up to 77 per cent lower than the interim rates set in 2016.

Bell's decision to cut back spending is a political move designed to play on fears, said John Lawford, executive director and general counsel of the Public Interest Advocacy Centre.

"It bugs the hell out of me that they can hold rural people hostage, or pretend that they are, by saying oh now we're not going to invest."

He said that the company will still make profits by selling infrastructure access to smaller providers, and could still very much afford to continue the high-speed expansion to less profitable rural areas.

"If they dug a little deeper in their pockets they could keep those marginal people on if they really believed in rural areas, but they don't. They're using them as a pawn, so that's why it's sickening to me."

The major telecom companies have long threatened that infrastructure investments could be impacted by lower broadband access rates.

Bell says the latest decision means the rural expansion program will be cut back to a million households from 1.2 million across Manitoba, Ontario, Quebec, and Atlantic Canada. The company had expanded the program from an initial target of 800,000 households following a federal government incentive program.

The cut to rural service expansion seems to be based on a false premise, said Matt Stein, chair of the Canadian Network Operators Consortium and CEO of Distributel.

"It seems like they're trying to put the blame on not being able to charge the excessively high prices that they had been."

He said the CRTC didn't give a discount to independent service providers, it just corrected a priced that had been too high based on the regulator's criteria.

"If Bell was counting on charging too high a price for these services to wholesale ISPs as a way to fund rural broadband, that doesn't make a lot of sense."

A Competition Bureau study released in early August found that CRTC rules that allow smaller providers to buy access to networks have created more choice for consumers and increased competition, though rural and remote customers have fewer options.

The study found 90 per cent of all customers were generally satisfied with their internet provider, while customers of independent providers were more likely to be very satisfied.

The Competition Bureau said it was important to set wholesale rates at the right level to make sure there are still incentives for the major providers to invest in infrastructure, while also giving opportunities for smaller players.