Bed Bath & Beyond Inc., the struggling retailer turned meme-trader darling, skidded as much as 21 per cent in postmarket trading after a top investor suggested he has soured on the stock.

Ryan Cohen’s RC Ventures said in a filing Tuesday with the US Securities and Exchange Commission that it might sell as much as 7.78 million shares of Bed Bath & Beyond, along with some call options. RC is the retailer’s second-largest holder after BlackRock Inc., according to data compiled by Bloomberg, with an 11.8 per cent stake as of April 21. 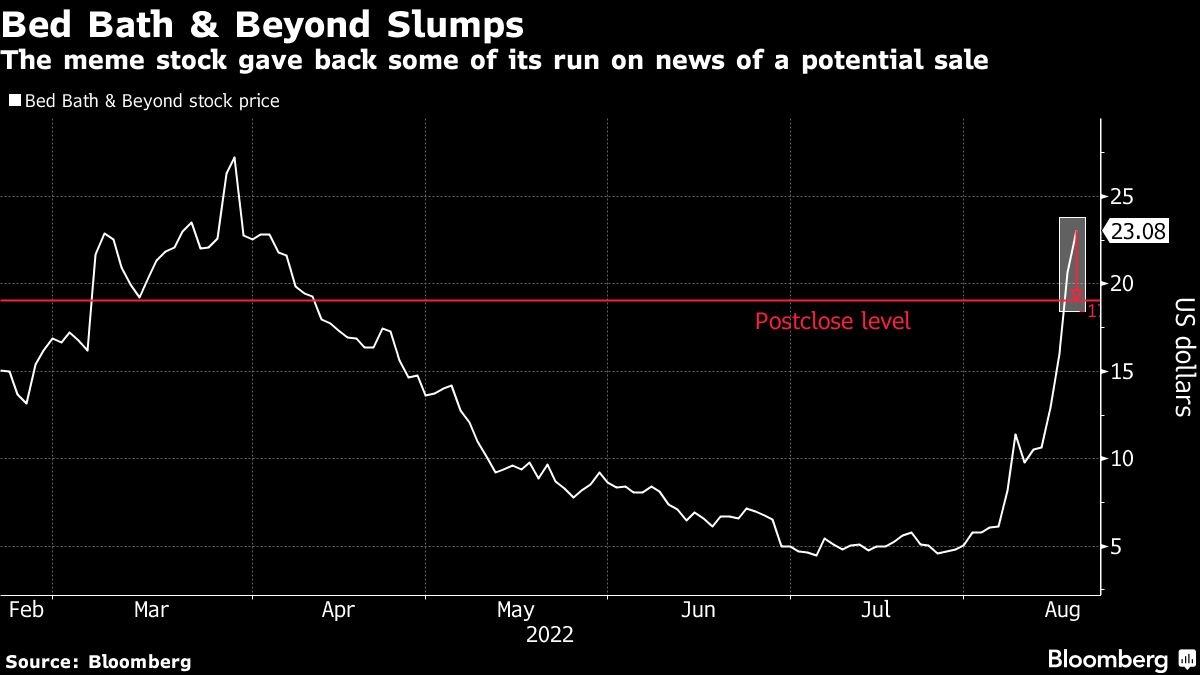 Bed Bath & Beyond has risen more than 400 per cent from a late-July low as retail investors embraced it. The company has fared less well on the fundamental side of things lately, dismissing former Chief Executive Officer Mark Tritton in June after another downbeat quarterly report.

Cohen had grown fed up with Tritton’s performance and pushed for his ouster, a person familiar with Cohen’s thinking said at the time, but continued to believe the company’s Buybuy Baby unit was a promising and undervalued asset. The filing suggests Cohen’s patience for a Bed Bath & Beyond turnaround is wearing still thinner.

RC Ventures and Bed Bath & Beyond didn’t immediately respond to requests for comment.