November was anything but bad for Canadian stocks, even though there was plenty to worry about.

Pot stocks had another tumultuous month, gold miners slumped as the price of the metal fell and the macro risk is still out there, with sluggish economic growth and an impending U.S.-China trade resolution hanging in the balance.

Scratch beneath the surface though and the numbers paint a much brighter picture:

Could this last? Pinning your hopes on the Santa Claus rally may not work out in your favour: In four of the past five years, the benchmark has fared better in November than in December. 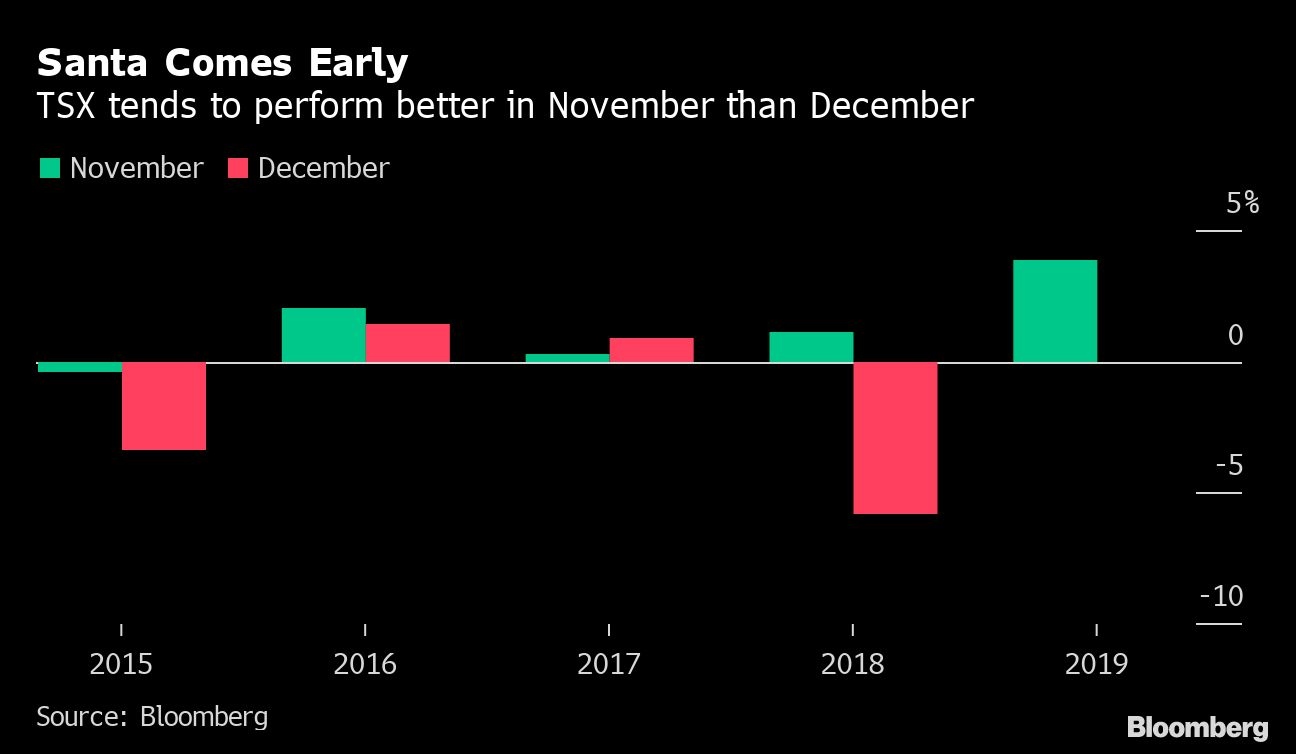 The ghosts of Christmases past might still be haunting equity bears as the global stock meltdown in December 2018 led to the 9.2 per cent plunge in the S&P 500 in the U.S. and a 5.8 per cent slide in the TSX.

For stock bulls, there may be more room for the TSX to run in 2020, albeit a smaller climb. In Brian Belski’s 2020 market outlook, the key stock gauge is expected to hit 18,200 next year. That’s a seven per cent climb from the Nov. 21 close, when the BMO analyst released his report.

One technical indicator backs up his bullish theory. According to a study of the Sharpe and Sortino ratios of the world’s biggest stock markets, Canada is well-placed to outperform next year, based on risk-adjusted returns.

The TSX rose 3.4 per cent last month, its biggest jump since January. Health-care and materials sectors were the only groups to post declines as pot and gold miners slumped. The gauge has risen 19  per cent this year.

The Canadian two-year yield fell to 1.59  per cent on Friday, while the 10-year yield slipped to 1.46  per cent. That inverted yield curve should give some bulls cause for concern. Both yields are below their U.S. counterparts after the U.S. Fed cut rates three times this year while the Bank of Canada stood pat. Click here for the weekly bond wrap. 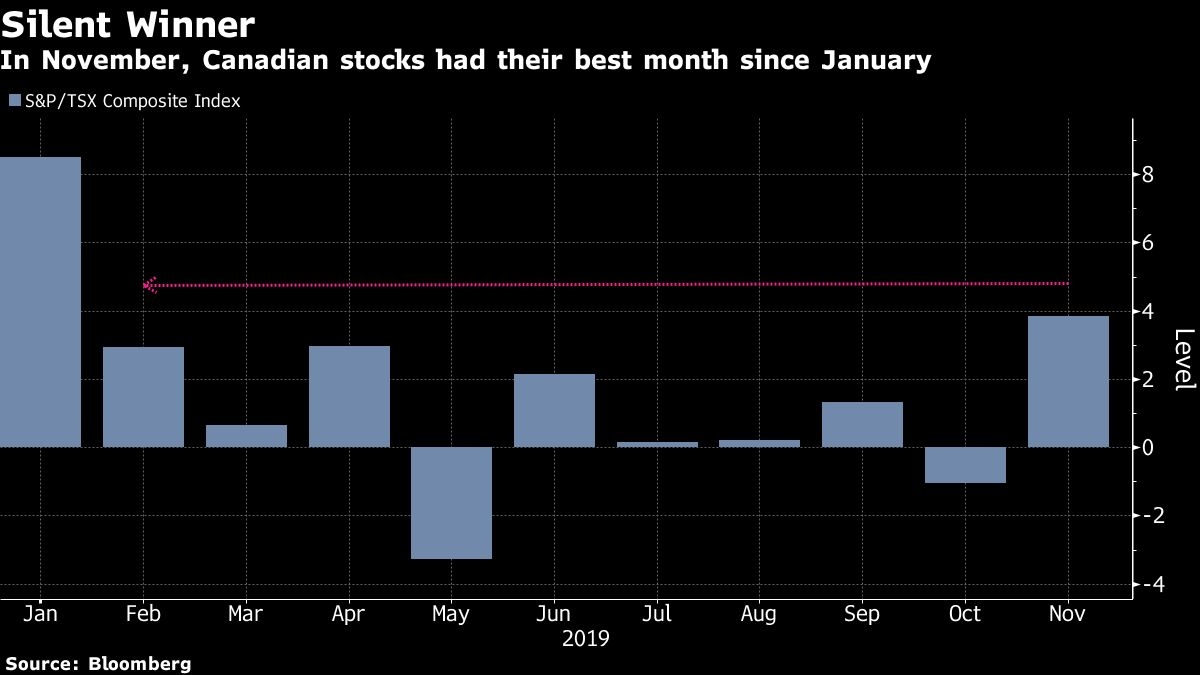 Prime Minister Justin Trudeau notched a major political victory with the negotiated end to a damaging Canadian rail strike that lasted a week. This will cement his administration’s growing ties with organized labour.

Parliament reconvenes on Dec. 5 and Trudeau will have his Throne Speech read, laying out the government’s agenda.

Foreign direct investment fell slightly in the third quarter to C$16.1 billion ($12 billion), but remained at elevated levels, adding to evidence capital flows are returning to levels from before the 2015 oil price collapse.

The Bank of Canada will release its final rate decision of the year on Dec. 4. Traders are expecting that the central bank will stay put, maintaining its status as one of the most hawkish central banks in the developed world, with the highest overnight rate among Group of Seven nations.

1. Fans of Canadian artist The Weeknd gushed over his newly-released “Blinding Lights.”

2. Montreal Canadiens’ sixth-straight loss had hockey fans complaining about head coach Claude Julien, suggesting he could soon land in Calgary, where the Flames coach quit after coming under fire for racist comments in the past.

Hey @NHLFlames you fire the coach yet ? Claude Julien should be available soon #habs