Beyond Meat Inc. (BYND.O) got a reprieve from two downgrades in as many days after Tim Hortons said it’s now offering faux-meat breakfast sandwiches at almost 4,000 locations across Canada.

The plant-based meat products maker gained as much as 13 per cent after the coffee-and-doughnuts chain said it added three breakfast sandwiches to the menu made with Beyond Meat sausages after testing them at select stores last month.

The stock reversed earlier losses driven by Sanford C. Bernstein & Co.’s decision Wednesday to cut its rating on Beyond Meat to market perform from outperform, saying shares of the company have gotten too expensive after a more than 400-per-cent rally since its May 1 initial public offering. On Tuesday, JPMorgan Chase & Co.’s similar move spurred a 25-per-cent decline, Beyond Meat’s worst day since the debut. 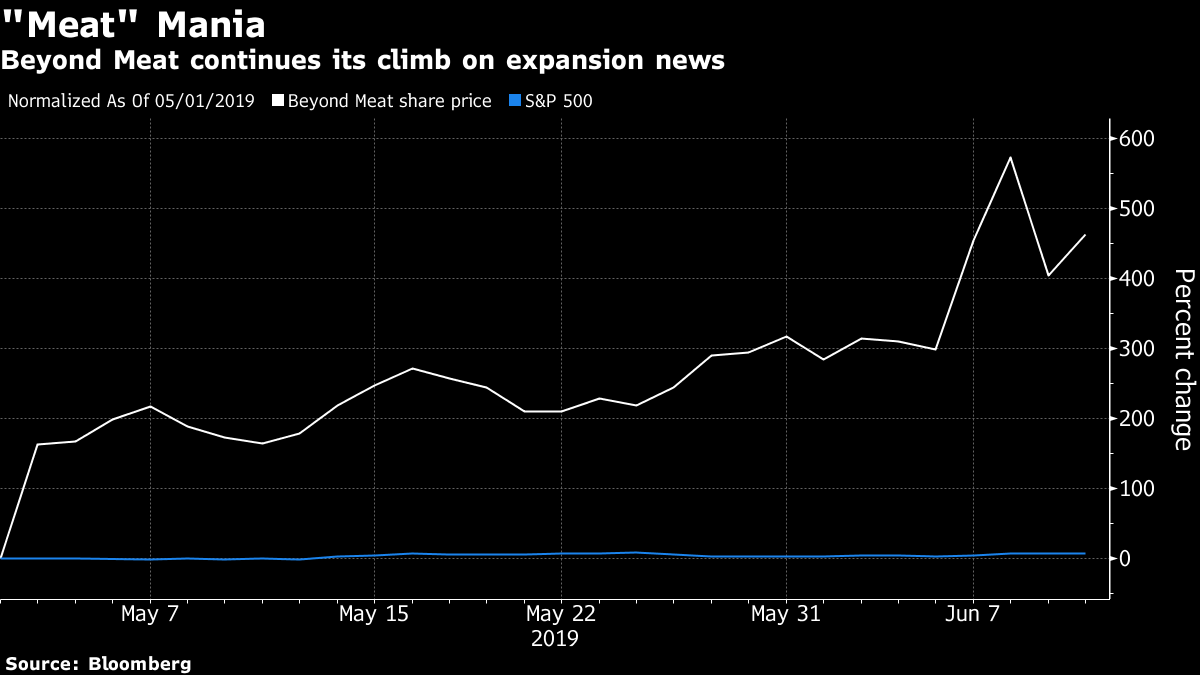 Last week, the company reported quarterly earnings for the first time since the IPO, fuelling optimism among investors when it said sales would exceed US$210 million this year, topping analysts’ estimates. It also said earnings before interest, taxes, depreciation and amortization would break even, compared with projections it would have a loss. The results reinforce that consumer demand for alternative meat products is on the rise.

The question now is whether supply can rise fast enough to meet demand. Burrito chain Freebirds, which has more than 70 locations in the U.S., announced on its website that it has temporarily halted sales of its Beyond Meat-based Mexican fare “due to a supply shortage” from the company. The fast-food chain said it expects to begin offering the meat alternative again on June 17. Freebirds and Beyond Meat didn’t reply to a request for comment.

Meanwhile, competition is heating up in the alternative-meat industry. Rival Impossible Foods recently announced an expansion with Burger King, while food giants like Tyson Foods Inc. and Nestle SA are working on their own products.

—With assistance from Leslie Patton and Deena Shanker