U.S. election could have a big impact on these TSX sectors

Joe Biden’s victory in the U.S. presidential election marks a potential new chapter for one of Cuba’s biggest foreign investors.

Sherritt International Corp.’s top executive calls the result of the vote good news for his company, given the steady tightening of sanctions under President Donald Trump. Sherritt produces nickel and cobalt in Cuba for the global market, and has a growing energy business on the Caribbean island.

“We were prepared for whatever the outcome would be,” Chief Executive Officer David Pathe said in an interview this week. “Certainly seeing a Biden outcome was more positive for us over the next few years than a reelection of the Trump administration.”

While Sherritt doesn’t make decisions based on assumptions about the direction of U.S. policy, the election still leaves its CEO feeling hopeful.

Known as a proxy for Cuba ever since Pathe’s predecessor gambled on partnering with Havana’s communist government in the 1990s, Sherritt was pushed to the brink during Trump’s tenure. Its market value sunk to a record $29.8 million (US$22.8 million) in March from its 2008 peak of $4.8 billion, becoming a penny stock.

Pathe said he’s now looking to the future with optimism.

Sherritt closed a debt restructuring in August tied to exiting a costly project in Madagascar. Eliminating $300 million in debt and pushing out loan payments due next year to 2026 leaves the Toronto-based firm ready “to turn the page and put what has been years of debt restructuring and balance-sheet management behind us,” he said.

The stock has nearly quadrupled from its March low, tracking rising prices of metals used in electric-vehicle batteries amid heightened global demand. Pathe said he intends to continue selling metals to longstanding customers in Asia and Europe, and hasn’t inked any new deals with carmakers despite increasingly bold bets being made on electrification by companies and governments worldwide.

“We are expecting to see a bit of an inflection point in nickel prices,” Pathe said, adding the attention Musk is drawing “is good for the industry as a whole, including us.”

A reversal of Trump policies on Cuba, as Biden pledged during the campaign, would add to Sherritt’s momentum.

Early last year, the White House began ramping up sanctions on Cuba, which it blames for propping up Nicolas Maduro’s regime in Venezuela. Trump enacted a never-used section of the law codifying the embargo that allows U.S. citizens to file lawsuits over property confiscated during the 1959 revolution that brought Fidel Castro to power.

A claim against Sherritt’s mine in eastern Cuba was the third-largest of nearly 3,000 certified by the U.S. government, with the asset valued at more than US$88 million before interest. The facility was owned by a subsidiary of what is now Freeport-McMoRan Inc. before it was nationalized.

Tighter U.S. sanctions -- including bans on dealing with the dozens of state-owned companies with ties to Cuba’s military that dominate the island’s economy -- and COVID-19’s shutdown of international tourism made hard currency even more scarce.

Sherritt sells electricity it produces in Cuba to government-owned utilities that haven’t been able to pay up. A deal for monthly payments struck at the start of the year was derailed by the pandemic. Outstanding receivables totaled US$159 million in the third quarter.

“It’s been a bit more ad hoc,” Pathe said. “They have been able to throw us money here and there to keep the businesses running.”

Sherritt also halted oil exploration off Cuba’s north coast due to cashflow. “The prospect is still a good one” and the company could resume drilling if it finds a partner willing to invest, Pathe said. For now, the focus is on metals.

“Our nickel business there certainly does have opportunities for further expansion,” he said. 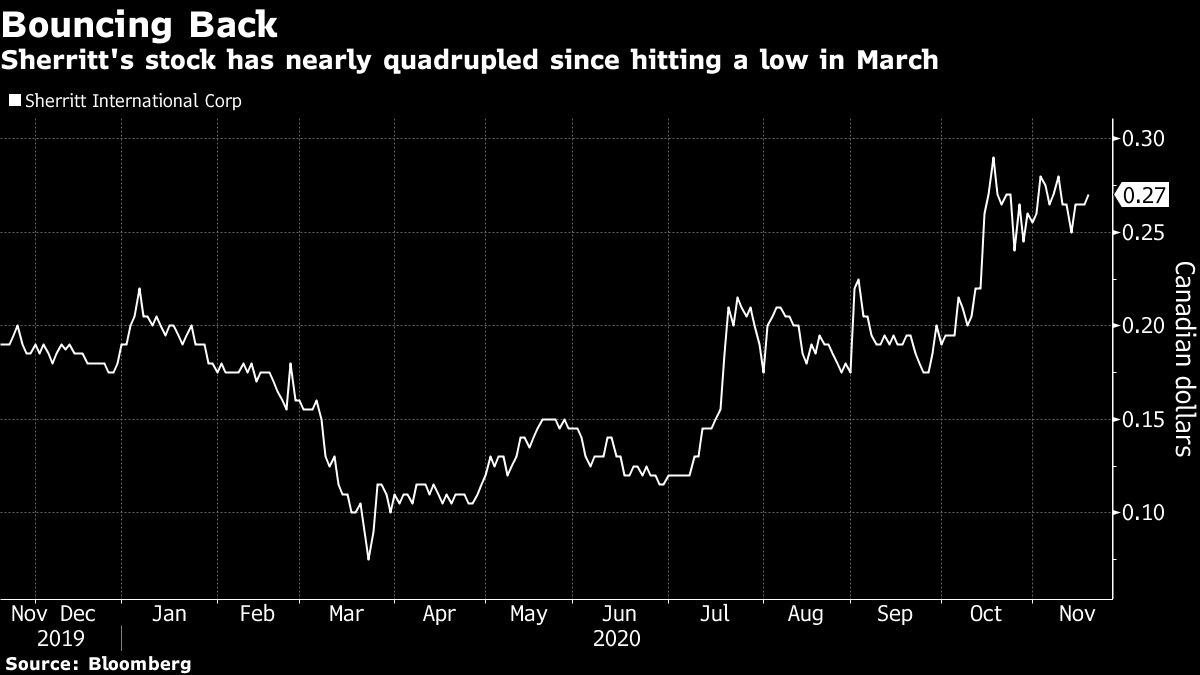